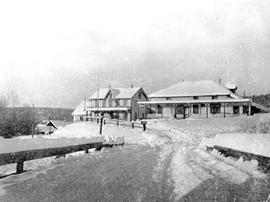 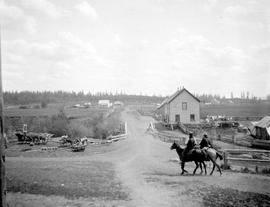 The series consists of an individual index book created between 1919 and 1964 under schedule "E", Partnership Act, by the 150 Mile House County Court. 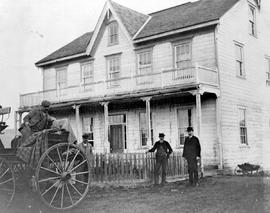 The series consists of a charge book created at 150 Mile House between 1887 and 1911. The book records details of individuals cases of criminal activity tried by the Indian Agent, the Justice of the Peace or the Judge. Details of each charge inc...

Business records of Cowan and Penrose Land Agents (Kamloops), including office diaries, correspondence, accounts, and legal documents re property they handled arranged alphabetically under the names of the English investors. Papers of C.P. Cunlif...

Day books and other material

Diary and other material

"Diary of a trip down the Yukon River, 1905" by Evelyn Penrose, C.G. Cowan's partner (original and illustrated typescript); letter from Evelyn Penrose to his mother, dated Hazelton, British Columbia, June 17, 1906, describing his tr...

RECORDED: [location unknown], 1970 SUMMARY: Mr. Edward and Mrs. Sandy Wright discuss life near 150 Mile House; coming to the country in 1969; the people in the Cariboo; life in the backwoods; education; family and life on the homestead; personal c...

RECORDED: Williams Lake (B.C.), [196-?] SUMMARY: In an interview with Imbert Orchard, Frederick Nassau Sutton recalls how he came to Canada in 1906, worked as a ranch hand, and eventually bought a ranch at 150 Mile House. 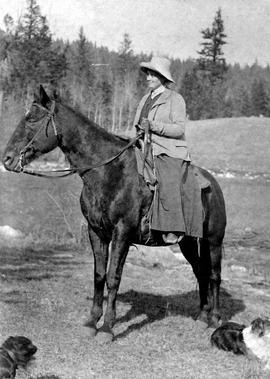 Photograph of Emily Carr astride a horse. 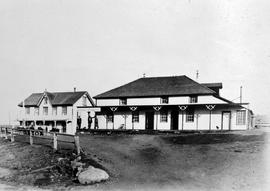 SUMMARY: This program presents a trip from Clinton to Williams Lake via back roads near the Fraser River. It includes descriptions of the landscape along the way, as well as recollections about gold rush days, people and events in the area, and e...

RECORDED: Williams Lake (B.C.), 1964 SUMMARY: TRACK 1: Mr. Spencer Hope Patenaude describes how he came to 150 Mile House from Quebec with his father, Joseph P. Patenaude, around 1896. He describes his memories of 150 Mile house, how he came the... 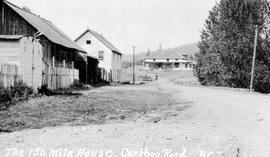