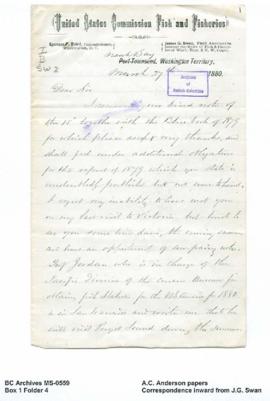 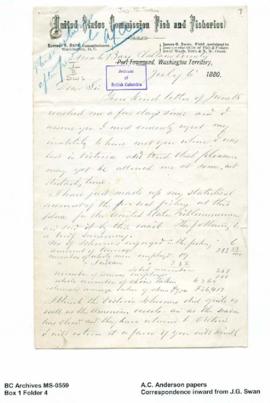 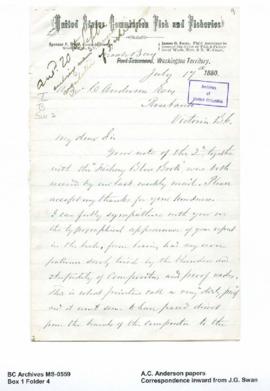 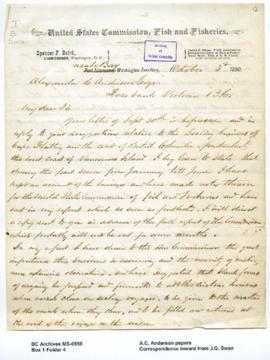 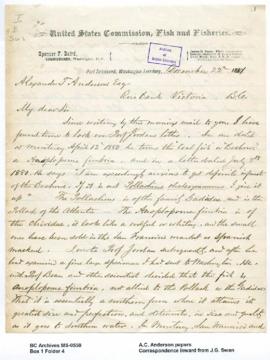 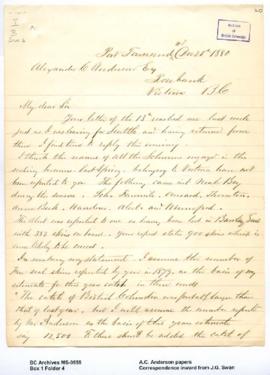 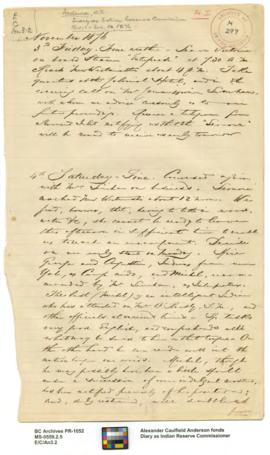 Alexander Anderson was appointed an apprentice clerk for the Hudson's Bay Company in 1831. He worked for the company in various forts from 1831 to 1858, eventually becoming Chief Factor at Fort Colvile and second in command at Fort Vancouver. He later became the postmaster of Victoria. In 1876, he acted as commissioner for settlement of the Indian land question in B.C. He died in Victoria.

The fonds consists of journals, certificates, notes and correspondence. Fonds includes Anderson's journal of an expedition to explore the interior of B.C.