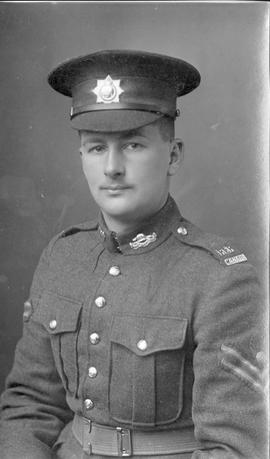 Born in Douglastown, New Brunswick in 1873 Alma moved with her family to Victoria in 1892. She studied Library Science at Pratt Institute in Brooklyn, NY and after returning to Victoria was hired in 1897 as the first Librarian and Archivist in the Legislative Library of British Columbia. During her time there she established travelling libraries in the province. She retired in 1933 after a long and very well-respected career.

Russell was a lifelong friend of R. B. Bennett, the 11th Prime Minister of Canada. She was briefly married and eventually separated from Fred Yorston. She lived alone at the Oak Bay Beach Hotel.

Alma Russell Islands in Barkley Sound were named after her.

The fonds consists of letters and photographs from British Columbia men in active service in World War I with the Canadian and British Expeditionary Forces.