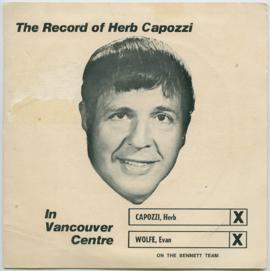 Reference cassette copies are available for many (but not all) of these recordings.

Many of these descriptions (and their corresponding collections/items) will be moved into fonds-level descriptions at a later date.