Air and water : sun and air ; Proud heritage : challenge of the thunderbird SUPPLIED TITLE OF TAPE(S): Claude Davidson discusses various aspects of argillite carving RECORDED: [location unknown], 1969 SUMMARY: TRACK 1: Claude Davidson recalls his beginnings as a carver, his influences and techniques, inspirations, methods and styles of his carving and his present day role as teacher. He continues with a discussion of the history of argillite carving and some of the early carvers. TRACK 2: Claude Davidson discusses the process of locating and extracting the argillite slate, inherent problems with the material, types of pieces he designs, the expense of the materials and craftsmanship. 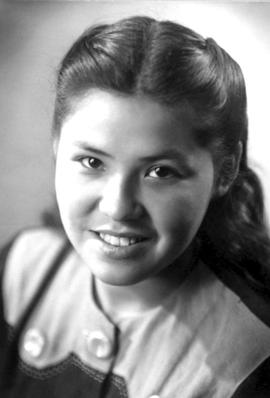 SUPPLIED TITLE OF TAPE(S): Florence Davidson's family heritage : the Edenshaws and Davidsons PERIOD COVERED: 1883-1969 RECORDED: [location unknown], 1969 SUMMARY: TRACK 1: Florence Edenshaw Davidson talks about her father -- Charles Edenshaw, Chief of the Eagles, her family history, Albert Edward Edenshaw -- her grandfather, education and training of the chief, comments on marriage and her own arranged marriage, her husband -- Robert Davidson Sr., living in early Masset, the village church, her wedding celebration and her ancestors who were artist carvers. TRACK 2: Florence Davidson continues speaking about her father's hunting and carving, the beginning of his argillite carving, other family members, effects of the missionaries, loss of customs, hereditary chiefs and Haida dancing.

SUPPLIED TITLE OF TAPE(S): Francis Williams interview : Background of a Haida artist RECORDED: Victoria (B.C.), 1975-09-19 SUMMARY: TRACK 1: Mr. Williams discusses: personal background; education; problems with health. Talks about development of an interest in Haida art. Apprenticeship with Arthur Adams to learn principles of Haid;a art. Discussion of formal art training in Victoria. Mr. Williams discusses his conception of Haida art, and his own role in terms of it. He also discusses other Indian artists and the development of; this type of art today. He provides a description of the cover illustration (a box design) that he did for "Sound Heritage" magazine (vol. 4 no. 3 & 4, "Native Languages and Culture"). TRACK 2: His ;goals as an artist. Encouraging younger artists. (End of interview.);

CALL NUMBER: T0848:0002 RECORDED: [location unknown], [196-] SUMMARY: TRACK 1: George Clutesi and Annie Hayes discuss the impact of the church and mission schools on Indian society, and the suppression of native culture. They speak of their own father and his role in the preservation of traditions, and the teaching of Indian culture and religion. They also discuss the "secret potlatch" of 1925. and Mr. Clutesi's presentation to the Massey Commission in 1949. TRACK 2: Mr. Clutesi recalls the early meetings held to revive native music and culture at Alberni; the teachings of Tutimias "Gus"; the establishment of the dancing and singing group, Somass Native Echoes; performances for Princess Elizabeth in 1951; folk festivals; performances; costumes; gathering cedar bark for costumes; and the BC Centennial celebrations in 1958. 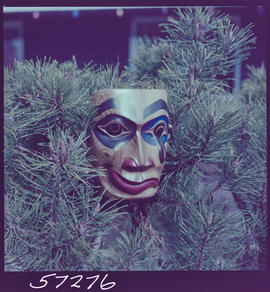 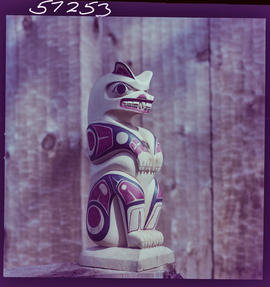