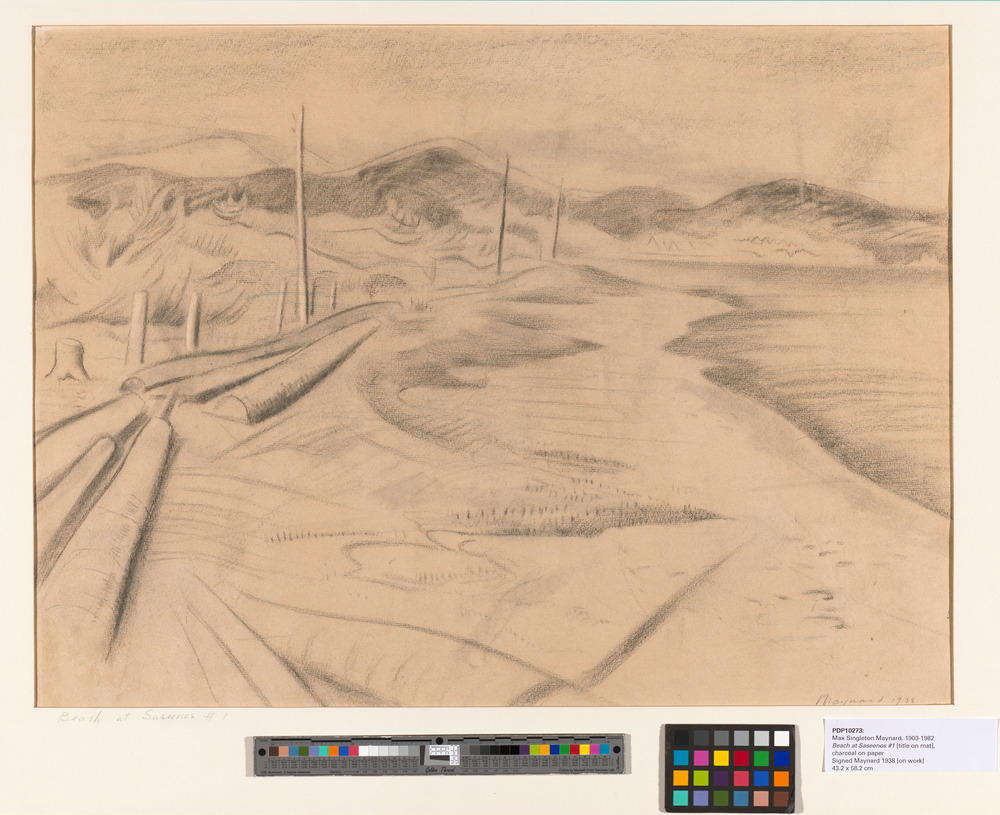 Born in 1903 in Madras, India, to British parents, Maxwell Maynard made his home in Victoria, British Columbia from 1908 onward. He was interested in the arts from a young age and became part of a group of Canadian West Coast artists working in Modernists styles.

In 1932, as president of the Island Arts and Crafts Society, Maynard organized the seminal, “Modern Room,” which finally featured Emily Carr’s Modernist works with other of Victoria’s artists working in the same mode, including Maynard himself, Jack Shadbolt, and Edythe Hembroff-Schleicher.

In 1938, Maynard moved to California. He painted actively throughout his lifetime, exhibiting widely in Canada and the United States. For a short time in the 1940s, Maynard worked as the Interim Director of the Vancouver Art Gallery. In 1978, he retired to Victoria and passed away in 1982.

This artwork is one of 13 donated by Derek Reimer and Maxine Charlesworth in 2015. It was a gift to the donor in ca. 1980. Reimer was Maynard’s executor.

The item consists of one charcoal sketch by Max Maynard, entitled “Beach at Saseenos #1”