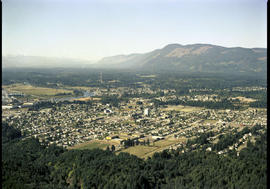 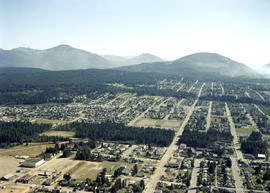 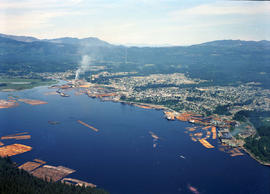 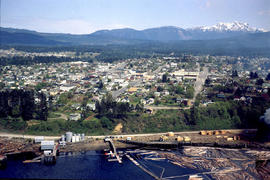 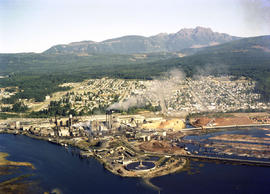 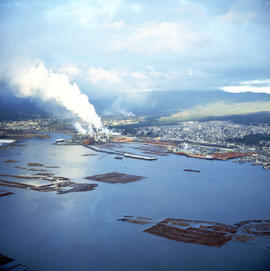 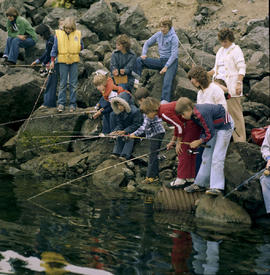 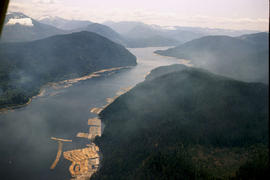 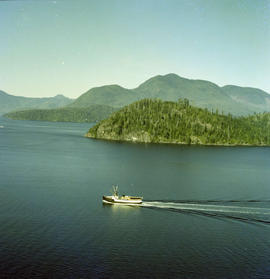 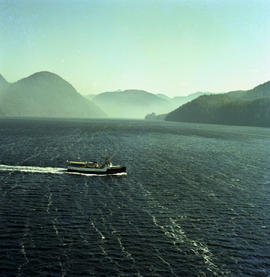 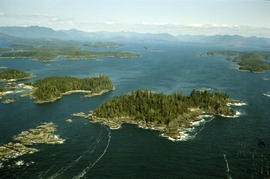 Series consists of colour photographs taken by staff photographers in the Special Services Branch and its predecessor bodies, the Film and Photographic Branch and the Photographic Branch ca. 1960 to 1986. The photographs were taken mainly to illustrate Beautiful British Columbia magazine, a publication produced by the Ministry of Tourism, but could also be used for a variety of other publications and presentations. The photographs were taken using colour or slide film. The negatives were then given a classification number and filed in negative drawers in the branch image bank along with some copies of prints and transparencies or slides. The classification system consisted of region or subject group number followed by the image number. These images cover all areas of the province and depict natural scenes as well as towns and cities, individuals, groups, animals and plants. Many of the earliest negatives were removed from the ministry's existing Travel Industry photograph library (which included some Forest Service photographs) and renumbered with the Beautiful British Columbia magazine classification system. Later negatives were taken specifically for Beautiful British Columbia magazine and were numbered only under the new system.

Item level descriptions for over 12,500 images from this series are available. Some of the images have been scanned and may be viewed online. Prints have been made of most of the negatives and pasted into reference albums, described as GR-3306. Use these albums to access images.

Colour shift has occurred in many of the negatives used for online access so images are not representative of original colour or intent. Depending on the negative stock used, some images may appear bluish or washed out.

Transferred by the Ministry of Tourism in 1995.

There are some gaps in the records. Many of the negative sleeves have the older Travel Industry image bank number on them as well as the Beautiful British Columbia magazine classification number.

There are no access restrictions.
Use print albums in GR-3306 for reference.
Conservation restriction: material in cool or cold storage is inaccessible.

Item level descriptions and scans of images are available. Scans added on an ongoing basis.
A box and file list of the colour prints, slides and negatives in frozen storage:

Graphic material may be in cool or cold storage. Contact staff for specific details. In 2010, the records were taken out of the metal drawers and placed in acid free boxes.