Item C-07410 - "British Columbia Gems of the Year 1887"; composite; photo made from the children's portraits taken the previous year; at top and botton are six 'Gems' from previous years. 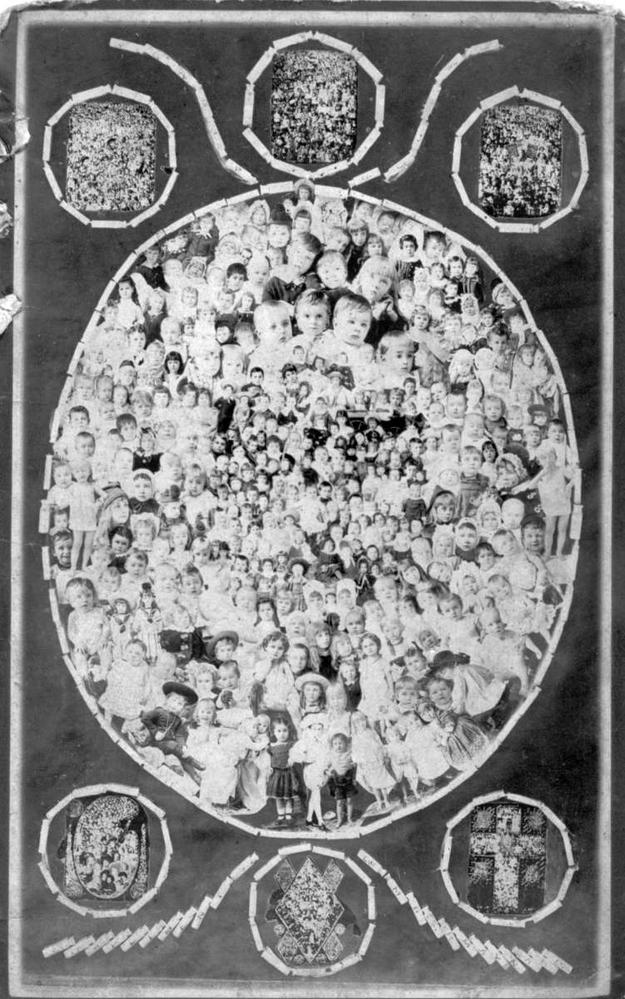 "British Columbia Gems of the Year 1887"; composite; photo made from the children's portraits taken the previous year; at top and botton are six 'Gems' from previous years.

Restriction: image HP54839 is a glass plate negative. Researchers should consult the online reference image or reference room copy prior to consulting the original.

Associated Materials
Published articles from trade publications including the St. Louis and Canadian Photographer relating to other works in Hannah Maynard’s “Gems of British Columbia" series in 1885 and 1886, are available. St. Louis and Canadian Photographer is held by the University of Victoria Libraries, University of British Columbia Library, and Simon Fraser University Library. Other titles such as The Practical Photographer also contain press and publicity for the “Gems" series in May 1894. The Practical Photographer is held by Library and Archives Canada .

For “Gems of British Columbia" works where miniature portraits of multiple baby and child portraits are superimposed onto objects such as plants (HP#92015), see PR-1259 Maynard family collection (MS-2951). For shells (HP#93366), see the BC Archives Photograph Collection.

Mrs. R. Maynard was an artist, as well as a photographer. She was known for producing experimental works that involved photographic techniques such as double and multiple exposures, photo-sculptures, as well as composite and cut-and-paste montage imagery. The "Gems of British Columbia" series features portrait montages of selected children, largely Anglo-European subjects as well as a number of sitters from early Chinese and Black pioneering families, photographed throughout the year. These were sent as New Year's greeting cards to clients from 1881 until about 1895. In the 1880s, these composite photographs, which sometimes incorporated photo sculptures (also known as “Living Sculptures”) were published annually in the trade publication St. Louis Photographer (also known as St. Louis and Canadian Photographer).

Additional documentation regarding documentation on Hannah Maynard’s photographic works including the "Gems of British Columbia" series can be found in the Maynard family research files. Resources to provide information on the photographs are available. This material was created by current and past staff and researchers of BC Archives and includes biographical, contextual, and photographic research information. Please contact the BC Archives to determine the access status of these records.