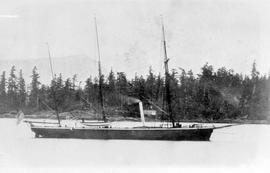 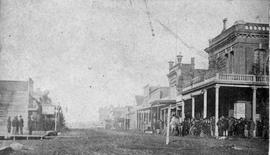 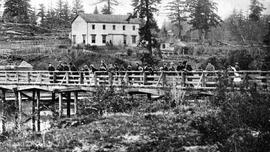 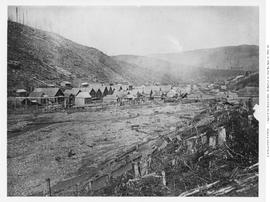 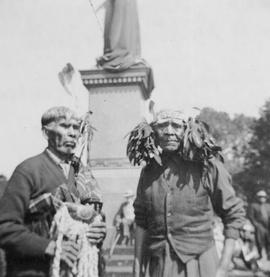 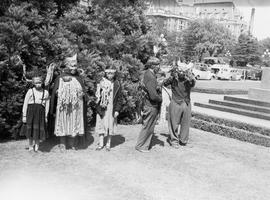 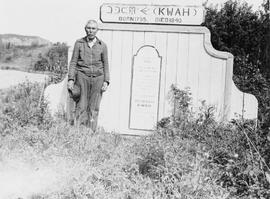 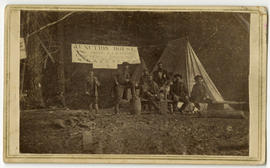 Born in Vancouver in 1889, Bruce Alistair McKelvie was a historian and newspaperman. He wrote countless articles for a variety of newspapers, including the Colonist (of which he became managing editor in 1930), the Sun, and the Province. McKelvie joined the Province in May 1913, after brief stints with smaller newspapers on Vancouver Island. He worked as a police reporter, then covered Vancouver city hall affairs and eventually a variety of community activities. From 1929 to 1930 he served as Director of the Bureau of Provincial Information. In 1931 he was part of the BC delegation to Honolulu to negotiate a trade pact with New Zealand and in the following year represented BC at an Imperial Trade Conference in Ottawa. While manager of the Vancouver Board of Trade Manufacturers' Bureau, he launched a successful "Buy B.C. Products" campaign. McKelvie also held executive posts with the BC Historical Association and Native Sons of BC. McKelvie twice tried to represent Victoria, first in the provincial election of 1 June 1937 and in a federal byelection of 29 November 1937 but was unsuccessful on both occasions. As a young boy he was made an honorary chief of the Sliamon Indian tribe for saving the life of an Indian girl from drowning, and thereafter maintained a keen interest in the affairs of the Indians of the province. In addition to the numerous pamphlets and articles McKelvie published, he also wrote the following books: The black canyon: a story of '58, Early history of British Columbia, Fort Langley, H.B.C. in B.C., Huldowget, Magic Murder and mystery, Maquinna the magnificent, Pageant of B.C., Pelts and power, and Tales of Conflict. He died on 17 April 1960.

The fonds consists of correspondence, scrapbooks, notes, diaries, typescripts of speeches and articles, photographs, maps and pamphlets relating to B.C. history and politics.