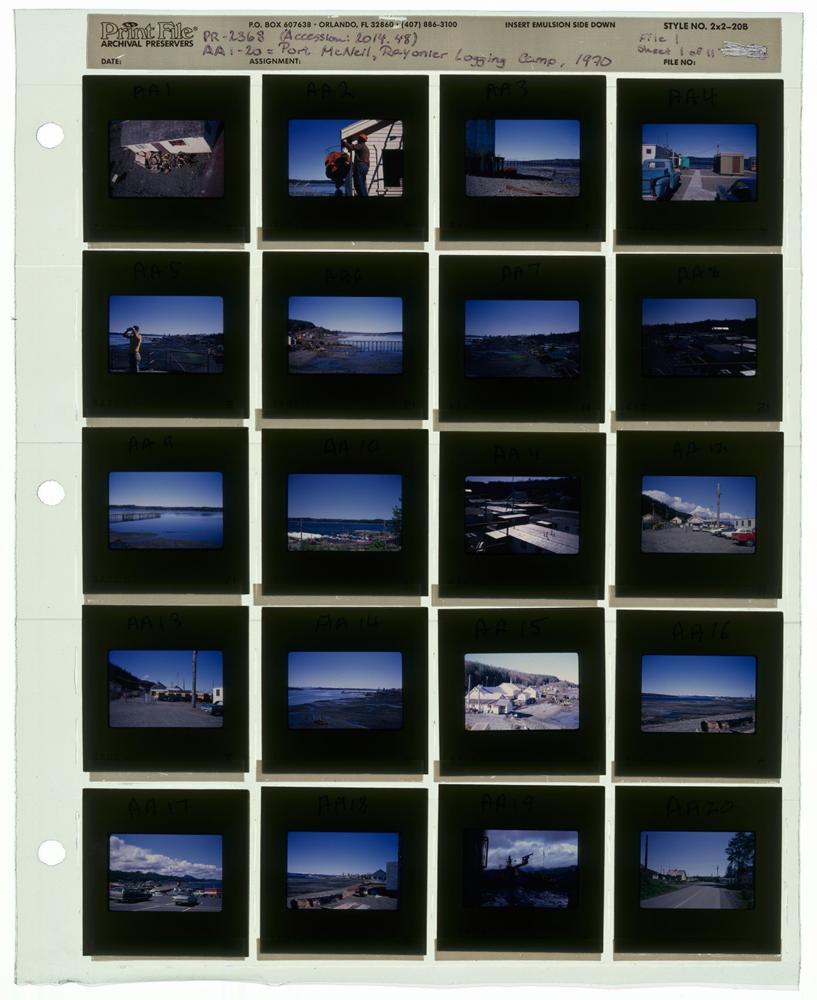 Bruce Flanagan is a photographer who has worked as a logger and on a clean-up crew at a shipyard.

Records donated in 2014 by Bruce Flanagan.

Digitized copies of slides created in 2017. Slides have been digitized in plastic sheets (20 slides per sheet). There are 11 sheets of digitized images attached to this description.

There are no access restrictions.
Conservation restrictions: Original graphic material in cold storage.

All rights transferred to Royal British Columbia Museum.
Bruce Flanagan must be credited as creator.