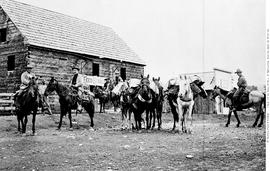 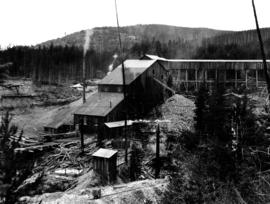 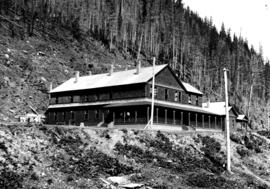 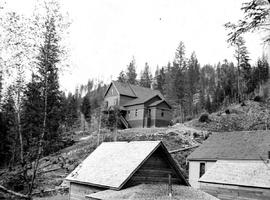 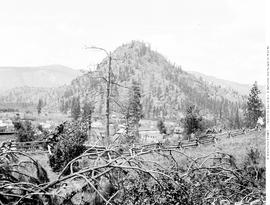 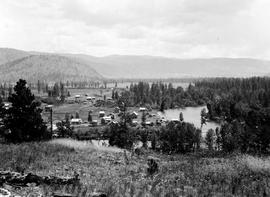 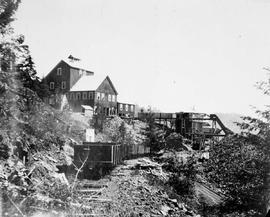 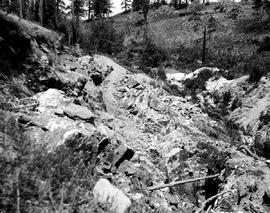 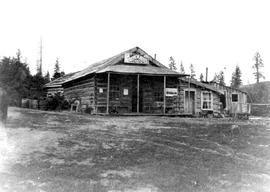 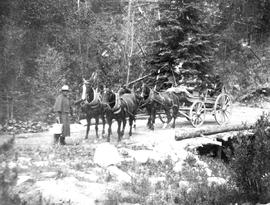 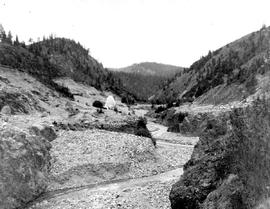 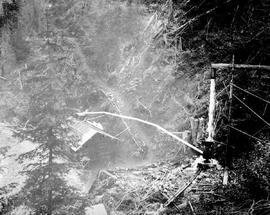 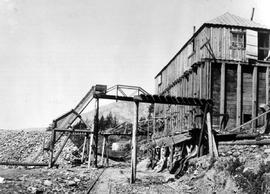 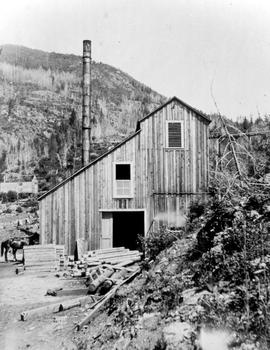 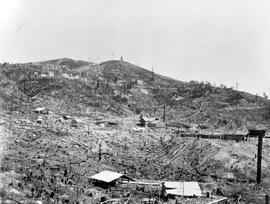 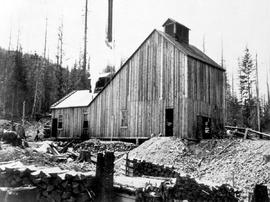 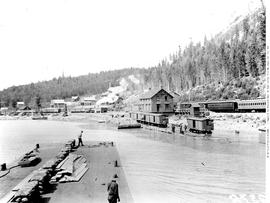 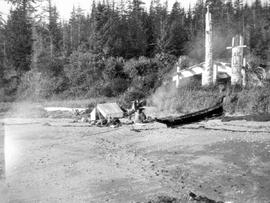 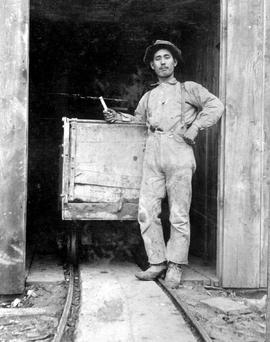 The Dept. of Mines was established in 1899 in accordance with the Department of Mines Act (SBC 1899, c. 48). Prior to that, the earliest regulation of mining in the province was implemented under the Gold Fields Proclamation of 1859 with the appointment of two gold commissioners by Governor James Douglas for the Colony of British Columbia. A gold commissioner was first appointed in 1864 for the Colony of Vancouver Island. The commissioners registered claims, issued licenses and adjudicated disputes with the advice and aid of elected district mining boards.

The series consists of photographs taken by or collected by the Bureau of Mines, where they were compiled into 30 photograph albums. Some of the albums, or parts of the albums, were compiled at the end of the year's work and were intended by the Provincial Mineralogist to document his annual summer field work throughout the province.

W. Fleet Robertson (Provincial Mineralogist from 1898 to 1925) took some of the photographs. Beginning ca. 1906, Harold T. Nation was an assistant to the Provincial Mineralogist, and travelled with him on his summer field trips, taking photographs, compiling many of the photo albums and indexing them. Exceptions were the years 1914-1917, when Nation served in the military in Europe, after which he returned to his former position. Others from the Bureau of Mines who contributed to the creation of the albums include: W.A. Carlyle, (W. Fleet Robertson's predecessor as Provincial Mineralogist); J.D. Galloway (Robertson's successor); Herbert Carmichael (an Assistant Mineralogist); and Newton W. Emmens. They took photographs or directed that photos be taken to document their work in the field. Many photographs are labeled “B.C. Bureau of Mines” but the photographer is not identified.

Some of the albums, or parts of albums, appear to have been compiled, not an annual basis, but at a later date, and were labeled “miscellaneous.” They relate to the mining industry, geology, mineralogy, and local culture, but are not related to the annual field trips. The Provincial Mineralogist's office collected some of these from private sources including mining companies and miners. Professional photographers whose work is found in the albums include: R.J. Hughes (Trail, BC), Hughes Bros. (Trail, BC), Joseph F. Spalding (Fernie, BC), Carpenter & Co. (Rossland, BC), Carpenter & Millar (Rossland, BC), The Dominion Photo Company (Vancouver), Richard H. Trueman (R.H. Trueman & Co., Vancouver), E.F. Tucker, and Leonard Frank. There are a small number of photos taken by Charles Camsell of the Geological Survey of Canada, 1911, so it is possible others were taken by federal government employees.

Many of the photos are annotated with directions for the printing/publication process. Many are pieced together to create panoramas.

The albums were transferred to the Archives on November 29, 1961 by A.F. Shepherd, Assistant Geologist, Department of Mines and Petroleum Resources. Some of the albums are stamped “B.C. Department of Mines Library.” It can be assumed they were at some point held by that library.

All photographs were created prior to January 1, 1949, and are in the public domain.

The accession file contains an alphabetical subject index for the photographs up to 1927. Some of the digital images are available through the Archives website catalogue, accession 198604-010.