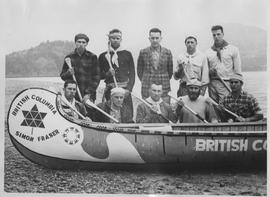 This series contains records of the committee organized to celebrate the centenary of the union of Vancouver Island and British Columbia, and the centenary of confederation in Canada. The committee chairman was L.J. Wallace, Deputy Provincial Secretary. Types of records include administrative files dealing with particular events and activities, and project files dealing with commemorative projects undertaken by local communities.

GR-1449 consists of two records series: Administration files and Project files. The former documents the many events organized and authorized by the committee, while the latter deals with funding local community projects throughout the province.

Related records are to be found in GR-1489 - Applications for Pioneer Medallions. These medallions were presented by the centennial committee to B.C. residents who were either born in Canada or were a resident of Canada prior to 1892.