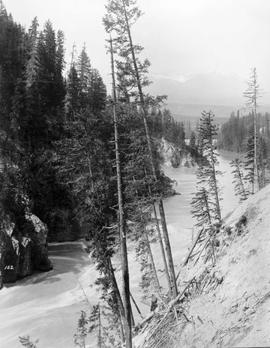 Charles Macmunn was a British-born photographer. His photographs of the Canadian Pacific Railway were routinely reproduced in the 1880s. Macmunn had a photography studio in Victoria, BC from 1887 to 1890.

The fonds consists of an album of Macmunn's photographs depicting views of the Canadian Pacific Railway and of Victoria, B.C. The album contains 17 mounted prints it appears that some of the prints were removed. Inscription on the back of each mount reads "Charles MacMunn's Views of Canadian Pacific Railway, Victoria, and Surroundings for sale by T. N. Hibben & Co., Booksellers and Stationers, Victoria, BC."