A Dominion Day parade on Wellington Street in Chilliwack

Bench books for County court cases heard at Chilliwack, 1912-1954, by Judges F.W. Howay, H.D. Ruggles, J.N. Ellis, J.D. Swanson, H.J. Sullivan, and F.K Grimmett. These are a mix of civil and criminal records and include notes by Judge Howay regar...

The item is a b&w documentary film from the 1920s. "Harvesting grain by tractor. Stooks. Threshing by "gas power" -- thresher driven by a belt from the tractor. Sacking grain. Trucks taking it away. Sacks being loaded into CP bo...

CALL NUMBER: T0696:0001 RECORDED: [location unknown], 1961-02-15 SUMMARY: TRACK 1: Captain Young recalls his family's arrival in BC in 1889, and their work with sternwheelers carrying passengers and cargo on the Fraser River. He speaks about... 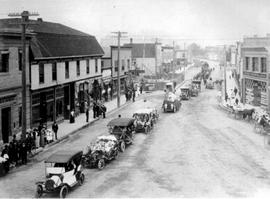 This series consists of probate cause books from the Chilliwack Supreme Court, 1916-1981.

This series consists of cause books from the Supreme Court of Chilliwack, 1916-1969. The books include primarily civil cases including adoption and divorce. 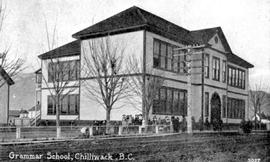 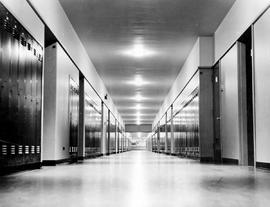 The item is a b&w photograph of the interior of the Chillwack High School. 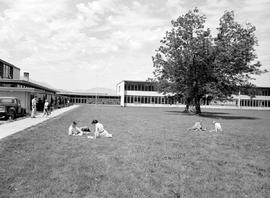