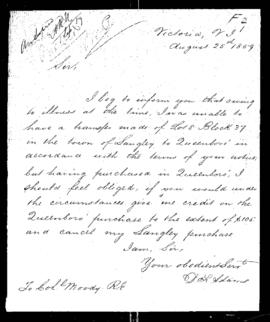 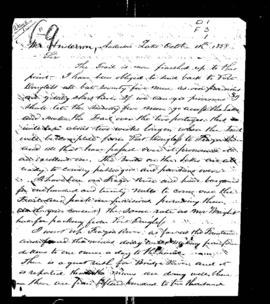 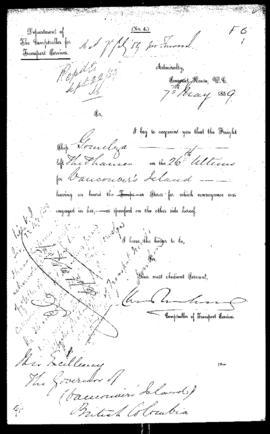 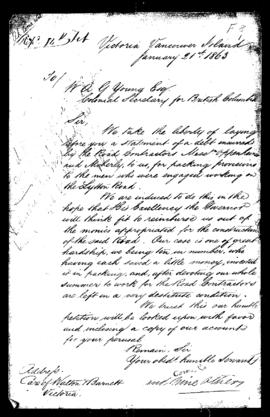 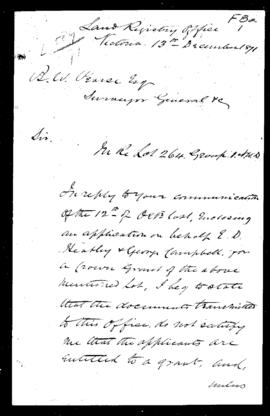 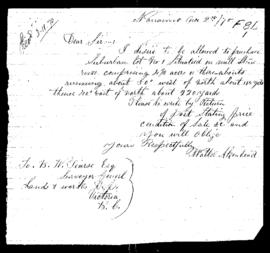 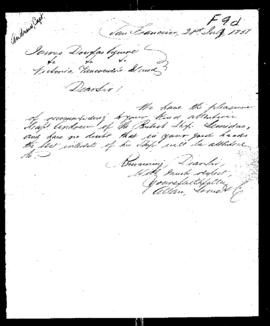 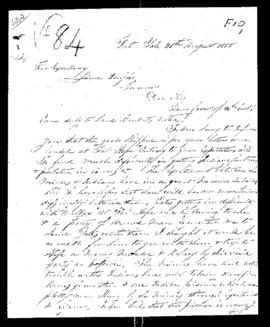 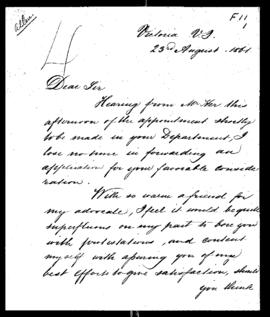 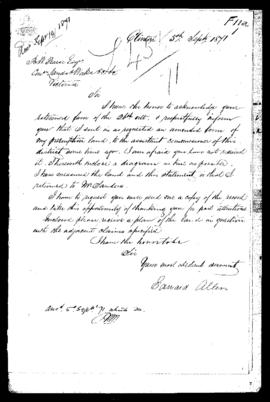 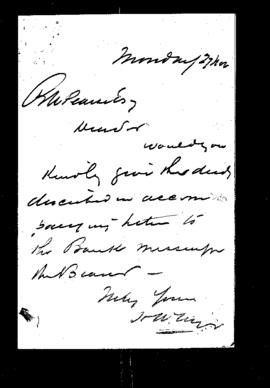 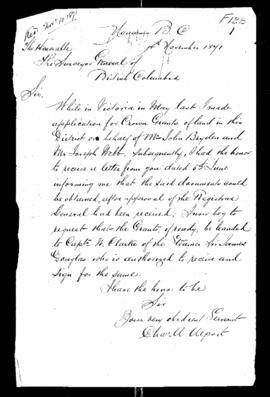 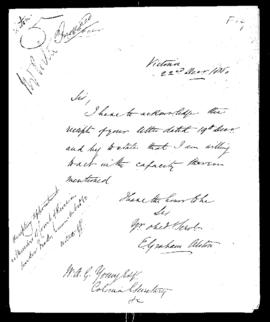 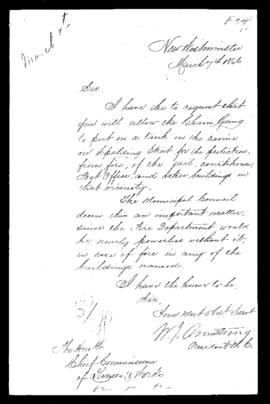 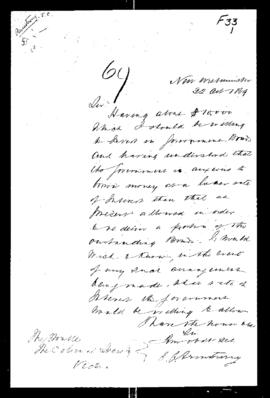 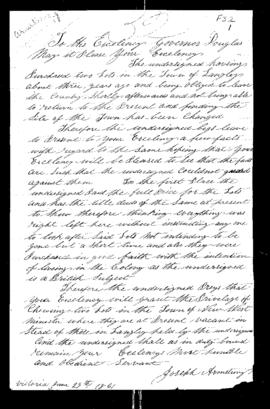 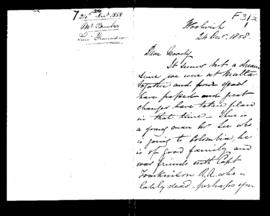 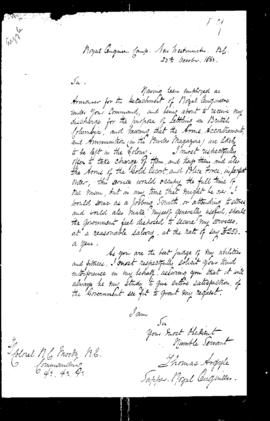 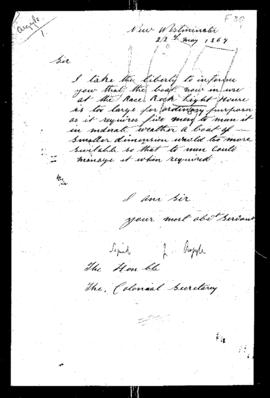 The British Columbia Archives was established in 1908 with the appointment of the R.E. Gosnell as the first Provincial Archivist. The original name of the organization was the Provincial Archives, later expanded to the Provincial Archives of British Columbia (PABC). The purpose of the archives was to preserve historical records reflecting the history of the province. Although separate organizations, throughout most of the early years of its existence, the archives grew alongside the Legislative Library. The two organizations shared the same vote in the BC estimates until 1943-1944, shared the same building and facilities until 1970, and the same individual held the dual positions of Provincial Archivist and Legislative Librarian until 1974. The archives grew rapidly in the 1970’s and 1980’s. During this time, a number of media divisions were established. These included the Manuscripts and Governments Records Division, Library and Maps Section, Visual Records Division, and Sound and Moving Image Division. Each division described records relating to their media sections and provided separate reference service. However, these divisions were gradually phased out in the late 1980’s and early 1990’s and replaced by a central reference service. In 1989, the Provincial Archives of British Columbia was merged with the Records Management Branch of the government of British Columbia to form the British Columbia Archives and Records Service (BCARS). This merger increased the powers of the archives to form an integrated archives and corporate records management program and provide support to all ministries, Crown corporations and agencies within the government of British Columbia. In 1996, BCARS was united with the Information and Privacy Branch of government. The Information and Privacy Branch had been responsible for providing central agency services and support to organizations within the BC provincial government for privacy and information access programs. The resulting organization was called the BC Information Management Services (BCIMS). This was divided into two sections with Information and Analysis Services providing for records management and information and privacy and Archives and Information Access branch representing the traditional archives as it existed before its merger with the records management branch in 1988. This administrative structure lasted for two years until 1998, when the Information and Privacy Branch was removed and the remaining portions were renamed the British Columbia Archives. This structure existed unchanged until 2003 when the British Columbia Archives was merged with the Royal British Columbia Museum as a branch of the Royal British Columbia Museum Crown Trust. As a government division, the archives has reported to many departments in government since 1908. Some of these departments and ministries include: Dept. of Attorney-General, Dept. of the Provincial Secretary, Dept. of Education, Ministry of Provincial Secretary and Travel Industry, Ministry of Provincial Secretary and Government Services, Ministry of Tourism and Provincial Secretary, Ministry of Government Services, and Ministry of Management Services.

GR-1372 is an artificial series, created by the Provincial Archives of British Columbia in the 1920s and 1930s from records of the governments of the Colony of Vancouver Island (1849-1866), the Colony of British Columbia (1858-1866) and the United Colony of British Columbia (1866-1871). The records, consisting of correspondence inward to and among officials and departments, were originally organized more or less chronologically as records of the department or agency to which they were sent, e.g. Colonial Secretary, Attorney-General, Commissioner of Land and Works, etc. Letters when received were logged into a register and assigned sequential numbers with the last two numbers of the year appended, creating the file number, e.g. 105/62. Some of these registers still exist, e.g. GR-0625. The correspondence was often accompanied by enclosures such as reports, sketches and maps which were considered part of the file.

Sometime during the 1920s and 1930s, Archives staff undertook to re-organize these records into a single alphabetical series organized primarily by the name of the originating office or sender (road tolls and petitions are notable exceptions). Formerly separate records were intermingled and the original order was lost. The records were indexed using new file numbers assigned for that purpose. These are the F numbers written in red crayon on the records. Starting with the number 1, each folder of records in the new alphabetical sequence was assigned a number as well as the individual files (items) within that folder, e.g. F33/1.

See attached finding aid for more information about the history, contents, and indexing of this collection.

A number of maps and plans were removed from files and transferred to the map collection, some after microfilming. In most instances there is a note in the file folder about the removal. Items assigned map registration numbers or call numbers have been noted in the descriptions for the files from which they were removed. A list appears at the end of this finding aid. These maps have also been described at the item level. Some maps were removed and their current location is unknown – they may be part of Map Accession M856031. In other cases, cartographic material was left in the files and was microfilmed.

Selected records were, prior to microfilming, photocopied and arranged in Boxes 145-149. See list below. This information has been noted in the file descriptions where applicable.

Digitization made possible by a grant from the Irving K. Barber Learning Centre at the University of British Columbia.