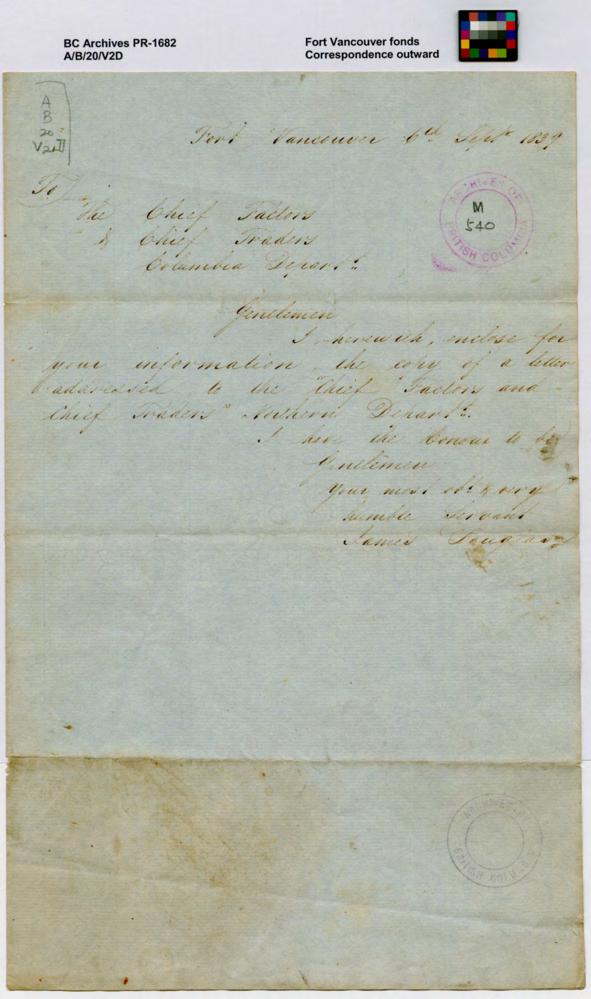 The custodial history of these records is unknown. In some cases, the Provincial Archives obtained photocopies or transcripts of original records held by other institutions or individuals and interfiled them with the originals. The source of these copies is occasionally written on the individual letter.

The letters cover all aspects of life in the Hudson's Bay Company forts including directions sent by Douglas to other Fort officials regarding men, equipment and farm operations; trading, exploration and relations with the Indigenous people; news and politics.

Original records are in poor condition.

Conservation restriction: Access to original files is restricted, use digital copies, microfilm or other copies.

The original letters were conserved in 1982.