The file contains ten manuscript articles by Cowichan district pioneer and historian, John Evans, on the early history of the district. Topics include histories of North Cowichan, agriculture, pioneering, schools, the stone church; work "bees" and picnics; lists of pioneers; and a biography of Mrs. Nell Bell.

The item is an autograph book kept by Patrick Webb, while he was a trainee at Prince of Wales Fairbridge Farm School (Cowichan Station, B.C.) and at the Fintry Fairbridge Training Farm near Vernon B.C.

Two Provincial Police Court record books showing name of prosecutor, name of defendant, nature of the charge, costs, name of arresting office, name of gaol or lockup, order or conviction, amount of fine, name of presiding magistrate or justice and "remarks", 1912-1927 and 1938-1944. 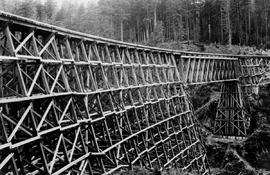 The item is a b&w photograph of the Canadian National Railway wooden trestle over the Koksilah River in the Cowichan district.

Three letters and a written "sketch" sent to friends and a brother in England. Hargreaves arrived in Victoria from England on July 2, 1862. The letter of Sept. 1, 1862 describes his first attempt to reach the Cariboo, from which he turned back, his work as a survey assistant in the Cowichan district, and his reaction to the articles written by Donald Fraser, the London TIMES correspondent; the second letter, Jan. 9, 1865, describes a trip to Cariboo in 1863; the third item is a "sketch of a trip I made in the winter of 1875" describing a CPR exploratory survey in the Chilcotin; the final item, a letter of Feb 6, 1878, continues the account of his survey work in 1875, describing work in the Salmon (Kimsquit) River Valley at the head of Dea Inlet, and in the Kemano River.

The series contains transcripts of correspondence and letters of agreement with North Cowichan School District re Lomas' appointment as teacher, 1864 and 1880, and his salary; copies of the attendance register and notes re school fees, 1870-1871; and correspondence with the Bishop of Columbia and others re his salary as Indian Catechist. 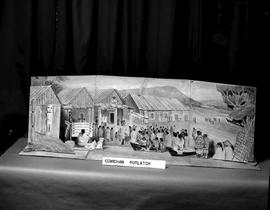 Provincial Police Court record book showing name of prosecutor, name of defendant, nature of the charge, costs, name of arresting office, name of gaol or lockup, order or conviction, amount of fine, name of presiding magistrate or justice and "remarks".

Civil case files with the exception of probate, divorce and adoption files which have been removed from this series and are filed separately.

Letters probate (Form A). Volumes 6 and 10 are missing.

The Fairbridge Farm School was part of a philanthropic scheme aimed at strengthening the British Empire and improving the condition of underprivileged British children. The scheme was conceived by Kingsley Ogilvie Fairbridge (l885-l924), a South African-born reformer who was raised in southern Rhodesia. On first visiting England in 1902 Fairbridge was struck by the over-crowding and poverty in large industrial cities; he was also appalled by the condition of working-class children who lived in unhealthy, unstable homes in city slums. In 1909, having returned to England as a Rhodes scholar, he outlined his plans for saving these children to a group of fellow students at the Oxford University Colonial Club. Fairbridge's plan was to resettle selected British children in the overseas dominions. There, in a rural environment, children would live together in cottages within a village-like setting. Girls would receive training in domestic pursuits, while boys would be trained in manual arts and agriculture. Vocational training was to be supplemented with moral guidance and leavened with recreational pursuits in such a way that the young emigrants would be able to take their places as productive citizens in the host communities. Fairbridge's proposal led to the founding of the "Society for the Furtherance of Child Emigration to the Colonies," afterwards incorporated as the Child Emigration Society [CES]. The society raised £2,000 and in 1913 the first "farm school" was opened in Western Australia. Other training farms (which were supported by grants from the British and Australian governments and by private donations) were later established in the states of New South Wales, Victoria, and Tasmania.

Kingsley Fairbridge had hoped originally to open a farm school in Canada. Ten years after his death - when the CES was reconstituted as Fairbridge Farm Schools (Inc.) - his wish was realized. Encouraged by Canadian enthusiasts, an appeal was launched to help bring the farm school concept to the Dominion. The appeal was led by the Prince of Wales and sufficient funds were raised to purchase a 1,100 acre site at Cowichan Station, near Duncan, on Vancouver Island. The new facility - officially named The Prince of Wales Fairbridge Farm School - opened in 1935. The first principal of the farm school was Major F. Trew who held the position from April 1935 to May 1936. Trew's successor was Colonel H.T. Logan, a contemporary of Kingsley Fairbridge at Oxford and a former professor of Classics at the University of British Columbia. Logan resigned in June 1945 to join the staff of the Fairbridge Society headquarters in London. He was succeeded as principal of the Prince of Wales farm school by Mr. W.J. Garnett (July 1945 - January 1949) and Major A.H. Plows (February 1949 - January 1951.) The Fairbridge Farm School consisted of fourteen cottages, each capable of accommodating a dozen children and a resident "cottage mother". Other buildings included the principal's residence, staff quarters, a chapel, a hospital, and a school. These facilities - which were adjacent to the school's large dairy farm - were maintained with the help of subscriptions from England and a grant from the British Columbia government. Funds were also raised throughout the province and in 1938 Captain J.C. Dun-Waters donated his 2,000 acre orchard near Vernon to the Fairbridge Society. Named the Fintry Fairbridge Training Farm, the Okanagan property was run in conjunction with the main centre on Vancouver Island.

Over three hundred children passed through Fairbridge Farm School during its first ten years of operation. But after the Second World War a number of problems arose which placed the future of the school in doubt. Among these was the unfavourable dollar/sterling exchange rate, the post-war monetary controls which restricted funds from Britain, and the provincial government's decision to discontinue its operating grant. The whole concept of institutionalized child care was also being questioned in many quarters and after the passing of the 1948 Child Welfare Act in Britain [which made local authorities responsible for child care] there was no longer a need for juvenile resettlement on a large scale. Accordingly, the Fairbridge Society reluctantly decided to wind up its operations in British Columbia. The Fintry estate was sold and in the early 1950s the last of the Fairbridge "trainees" left the Prince of Wales Farm School. For the next ten years the Cowichan Station site was managed on behalf of the Fairbridge Society by the Canada Colonization Association. A subsidiary of the Canadian Pacific Railway, the association leased the farm school cottages to newly-arrived English immigrant families. The arrangement was eventually discontinued and in 1975 the farm school was sold to a Victoria real estate firm. The property is now the site of a residential housing development. 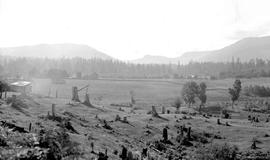