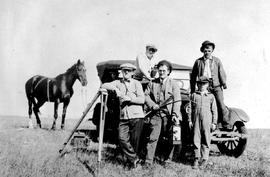 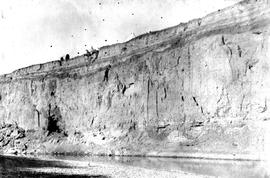 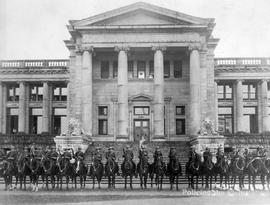 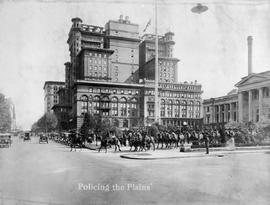 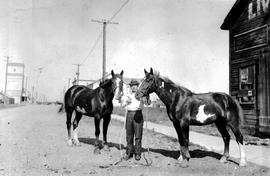 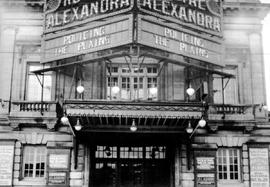 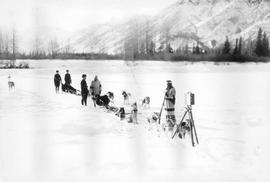 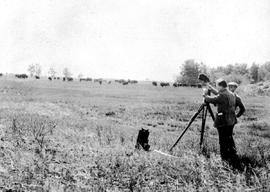 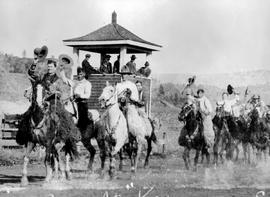 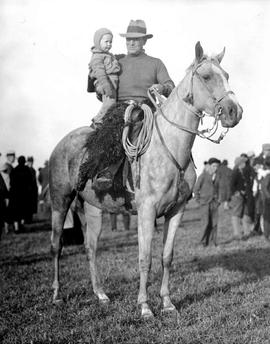 In the 1890s and early 1900's, A.D. Kean was well-known as a cowboy and rodeo rider in Western Canada and the U.S. He subsequently became a motion picture producer in Vancouver and made a number of films in B.C. between 1914 and 1927. He later lived in Toronto, working as a freelance writer, broadcaster, photographer and horse trainer.

The fonds consists of correspondence, photographs, clippings, manuscripts and production memoranda, mainly relating to A.D. Kean's feature film "Policing the Plains" (produced 1924-1927), as well as radio scripts (five annotated during production), clippings of the outdoor and cowboy life stories he wrote for the Toronto Star Weekly (ca. 1929-1936), and a video copy of his 1949 film "Fox Hunting in Canada".

File and box list available. Item-level descriptions of the photographs and the videotape are available on-line.

Moving image originals may be in cool or cold storage. Contact staff for specific details.