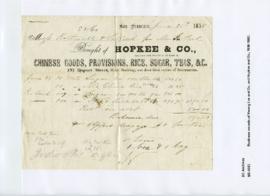 This series contains miscellaneous memoranda from the Chief Commissioner of Lands and Works relating to New Westminster streets and bridges, lands pre-empted, sold and leased, bills for drafting supplies, lists of tools at Douglas, B.C., and list ...