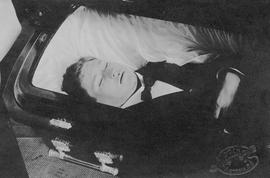 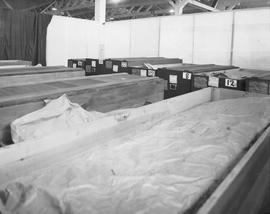 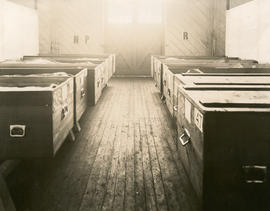 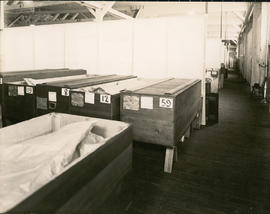 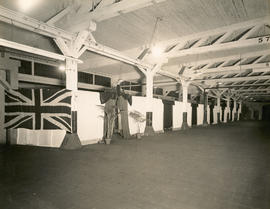 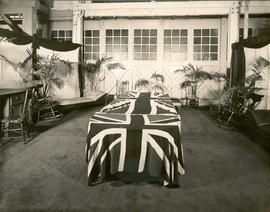 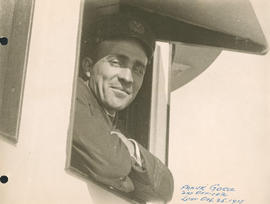 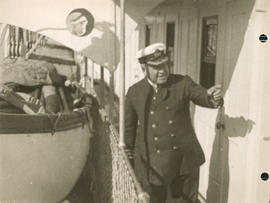 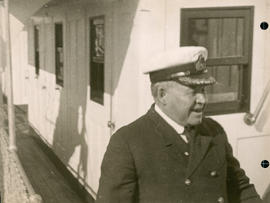 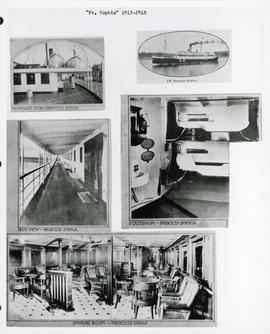 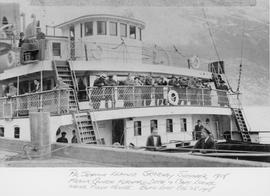 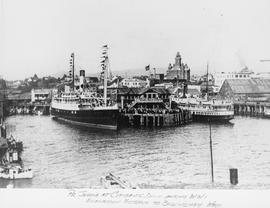 10.5 m of textual records and other material

Earl John Marsh was born on April 21, 1908 in Bellingham, Washington. In May of 1924, at the age of 16, Marsh began working for the British Columbia Coast Steamship Service (BCCSS), a branch of the Canadian Pacific Railway Company that provided passenger and freight steamship services to Washington State, British Columbia, and southern Alaska. Marsh originally worked as an office boy and freight clerk, but in October 1928, he took up a position in the accounting department, where he stayed for the remainder of his professional life. Marsh achieved the title of “Accountant” in 1947, and until 1963, he worked from the BCCSS office located in Victoria, BC.

Marsh married Susan Petticrew Walton on April 25, 1949. The couple had no children.

In 1963, Marsh moved to Vancouver when the company office relocated there. Soon after, he discovered that the BCCSS had made no formal effort to preserve its history. Fearing the company would soon cease to exist, Marsh began to compile his own private collection of BCCSS records. Carrying out his collecting activities on his own time, Marsh consulted with other BCCSS employees, and with archivists and librarians. In 1964, Marsh’s work was approved by the Marine Superintendent of the BCCSS, Mr. Harry Tyson, who envisioned the collection’s final transfer to a cultural heritage institution. The bulk of Marsh’s collecting took place before he retired in May of 1973.

In 1975 and 1976, Marsh returned to work, managing payrolls for the Princess Marguerite II, a BCCSS ship that had been taken over by the newly-formed provincial crown corporation British Columbia Steamship Company (1975) Limited.

Marsh spent his last years in Victoria, where he remained in contact with former BCCSS employees and with noted marine historians, some of whom made use of his collection. Notably, he maintained contact with the family of Captain James William Troup, the first manager of the BCCSS, and William Kaye Lamb, Dominion Archivist of Canada. Marsh died on October 3, 1999 in Victoria at the age of 91 after willing the entirety of his collection to the BC Archives.

The collection consists of the records gathered by Earl Marsh, who intended to preserve the history of the British Columbia Coast Steamship Service (BCCSS) and the maritime history of British Columbia generally. He primarily collected records from BCCSS employees and their family members, as well as libraries and archives.

The collection also consists of the employment records of Earl Marsh, personal correspondence pertaining to his collecting activities, and records Marsh probably used in his position as accountant for the BCCSS.

Marsh accumulated the bulk of his collection between 1964 and 1973, during the last years in which the BCCSS provided passenger services. The records themselves were created between 1868 and 1999, with the majority created between 1922 and 1975. Records in the collection pertain primarily to the province of British Columbia, Washington State, and the state of Alaska.

The main subject of Earl Marsh’s collection is the BCCSS. Marsh was interested in the practical operations of the organization and its regional context, so his collection includes records about the BCCSS’s privately-owned competitors, other branches of the Canadian Pacific Railway Company engaged in shipping, and the establishment of government ferry services in British Columbia.

Operational records of the BCCSS provide insight into the lives of crew members who worked on ships, the financial state of the company, the design and construction of ships and shipping infrastructure, coastal weather and tide patterns, and significant shipwrecks.

As an employee of the BCCSS, Marsh had a special interest in crew members. The records reveal the job duties, union contracts, and company guidelines that shaped the lives of the workers. In addition, Marsh’s collection contains a small selection of records about the Chinese Canadian crew members of BCCSS ships. Many of these workers were employed at the time of the Chinese Exclusion Act and experienced systematic discrimination by their employer.

Marsh was also particularly fascinated by the passenger services offered by the BCCSS on their line of 32 “Princess” steamships. Prior to the First World War, Princess ships represented the height of elegance and efficiency in coastal transportation. Marsh gathered numerous photographs, menus, deck plans, and newspaper clippings that convey some of the glamour of passenger travel aboard these ships.

Documentary forms include scrapbooks about the BCCSS, subject files, scrapbooks about other shipping companies, original BCCSS volumes such as log and time books, ephemera and photographic negatives, files of personal records, and rolls of technical drawings. Records were originally arranged in groupings according to their subject (often indicated in a folder title) and documentary form. Within some subject groupings, Marsh arranged files alphabetically.

The subjects of BCCSS-related scrapbooks include the numerous ships in the Princess line, staff members, and other aspects of the organization's history. Among many other material types, the scrapbooks contain news clippings, original company correspondence and financial records, photographs, and technical drawings. Marsh arranged these scrapbooks in rough alphabetical order.

Marsh maintained subject files on numerous ships in the Princess line, BCCSS staff members and history, and the history of other shipping companies, including the Puget Sound Navigation Company and Black Ball Ferries Limited. He kept his files on BCCSS ships in rough alphabetical order.

Marsh’s scrapbooks about non-BCCSS companies cover other branches of the Canadian Pacific Railway Company and organizations based in Washington State and the state of Alaska. These scrapbooks were not maintained in any discernible order.

Marsh included his own personal correspondence and employment records in the collection. These materials were originally received in labelled files.

The archivist arranged the collection in six series that reflect Marsh’s original order:

Many records in series MS-3254 are photocopies on thermal fax paper. As the ink will eventually fade from these copies, re-copying on acid-free paper must be undertaken eventually.

Some volumes in series MS-3255 have light foxing.

In December of 1988, Marsh donated his collected original technical drawings to the BC Archives (accession M889266). These consist of over 200 individual drawings, in 27 rolls.

Marsh died in October of 1999. He bequeathed the entirety of his collection of historical records to the BC Archives. Marsh’s executor, Robert Keith Bryden, a solicitor at the Victoria law firm Straith & Company, contacted the BC Archives to arrange the donation. Subsequently, an archivist from BC Archives and a history curator from the Royal BC Museum visited Marsh’s home in Esquimalt to determine the value of the collection. The collection featured primarily textual records, though it did also include artifacts and three-dimensional memorabilia. In February of 2000, staff at the BC Archives decided to acquire the entirety of Marsh’s textual records. Marsh’s neighbour, Shelly Elphick, approved the physical transfer of Marsh’s records in August 2000. This transfer became accession 93-7330.

After its last accession was transferred to the BC Archives in 2000, the collection remained unprocessed until May 2016. From May-July of 2016, staff at the BC archives re-housed the collection and carried out remedial conservation work on portions of it.

The archivist arranged the collection in six series that are reflective of Marsh’s original order. Marsh tended to group similar records together according to their subject (indicated in folder titles) and documentary form. For example, Marsh grouped his scrapbooks on the Princess line together. In both the intellectual and physical arrangement of the collection, the archivist maintained Marsh’s subject and form groupings.

The collection was subsequently described and made available to the general public.

While the exact location of the records Earl Marsh copied is unknown, it is likely that some originals may be located in the Canadian Pacific Archives.

Copyright for select materials may be held by third parties represented in the collection. Approval from these third parties may be necessary to make reproductions.

In January of 2001, the BC Archives applied to have accession 93-7330 certified as cultural property for income tax purposes by the Canadian Cultural Property Export Review Board. As part of the application process for this certification, the collection was financially appraised by three individuals: a historian, an archivist, and a rare book dealer. In addition, staff at the BC archives created a rough file list and intellectual groupings for certain categories of records. In April 2001, the Canadian Cultural Property Export Review Board granted the collection certification on the basis of its outstanding significance and national importance.