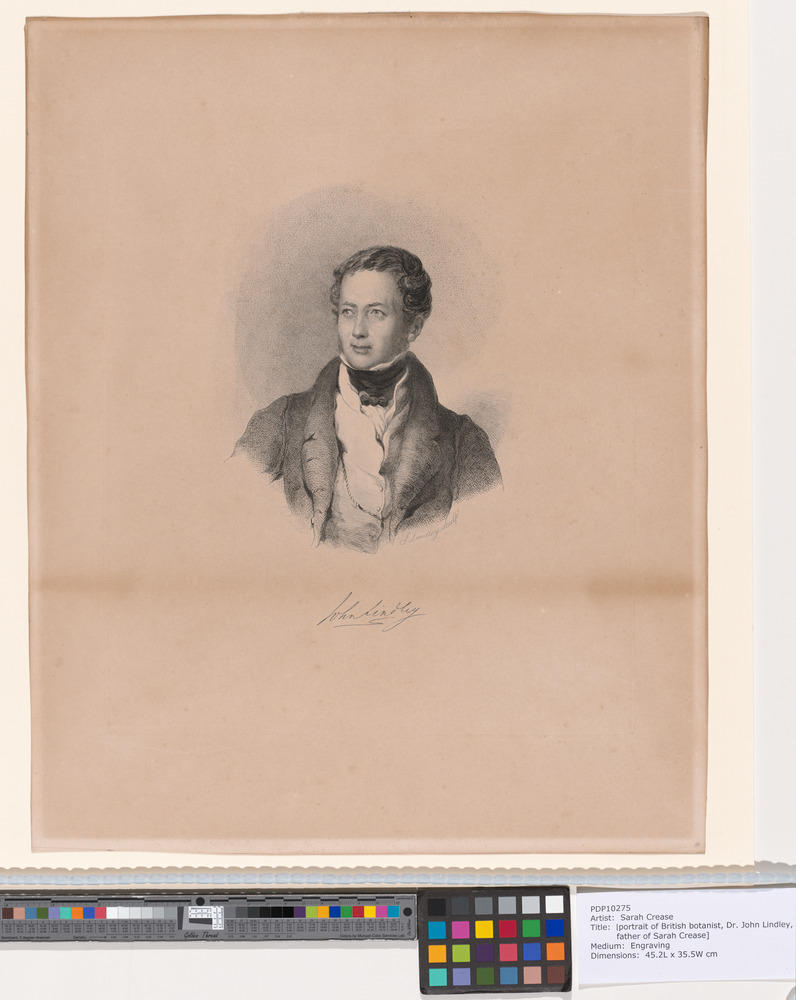 Born in England, as the daughter of botanist John Lindley, Crease studied art from Charles Fox and Sarah Ann Drake. She learned watercolours, copperplate engraving, and woodblock printing. Between 1842 and 1858, Crease produced botanical illustrations for her father's publications, such as The Gardener's Chronicle and The Vegetable Kingdom.

Following her marriage to Henry Crease in 1853, she moved to Cornwall where Crease was a mining manager. The family emigrated to Vancouver Island in 1860. In 1868, they built their family home, Pentrelew. Crease became a patron of numerous charitable organizations, including the Island Arts and Crafts Society. Despite her husband's position, the family remained financially insecure, and Sarah often performed clerical duties for him.

She continued to sketch and paint, completing a series of 12 watercolours depicting the Hudson's Bay Company fort and the town of Victoria, which were shown in 1862 at the International Exhibition in London. Several of these sketches were reproduced in publications, such as Richard Charles Mayne's Four years in British Columbia and Vancouver Island. She also sketched landscapes in New Westminster, Hope, Yale, and the Fraser River and Pentrelew, and published two illustrations in the Church of England's annual report.

Item is part of a larger donation from Pat Durose in 2016. Other items in this acquisition have remained with Human History department (R2484)

This engraving was created by Sarah Crease based on a portrait of John Lindley by Charles Fox [PDP00045].