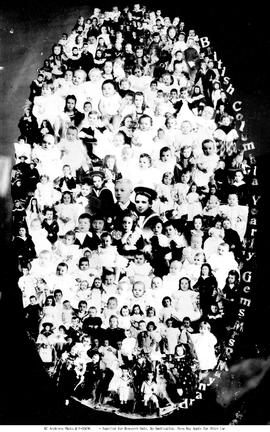 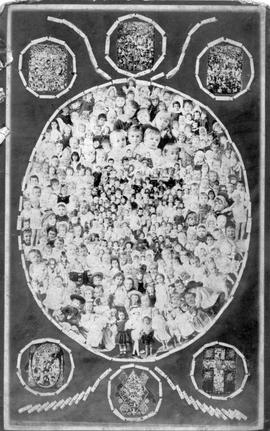 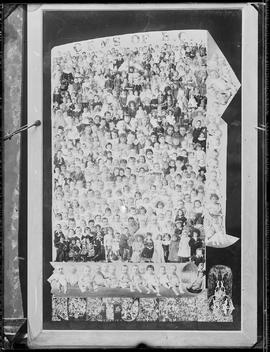 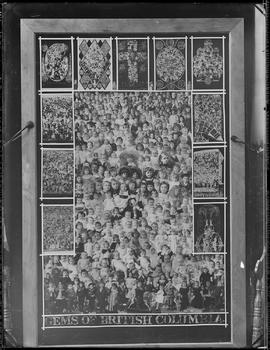 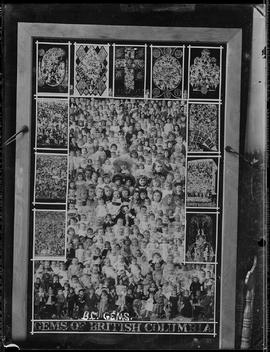 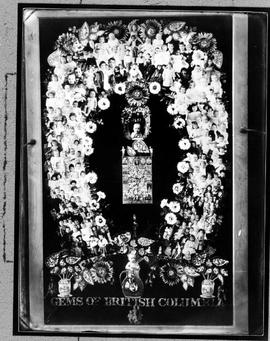 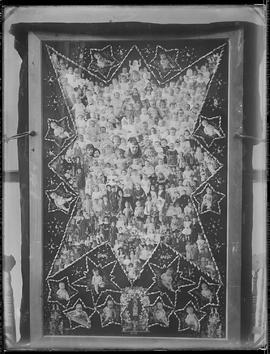 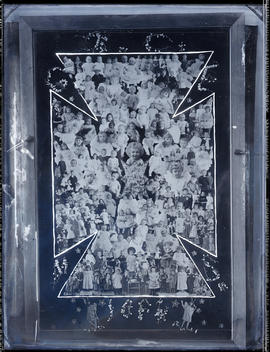 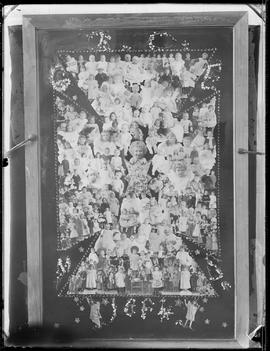 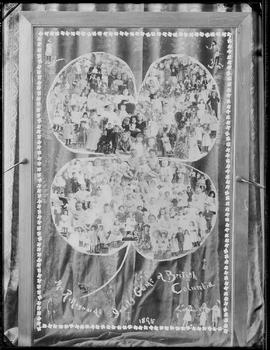 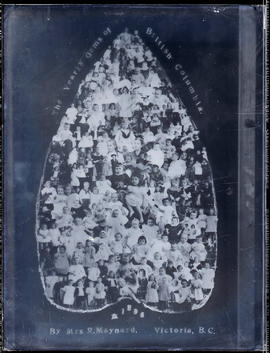 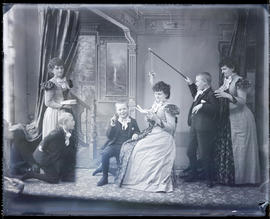 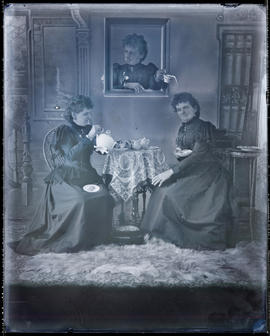 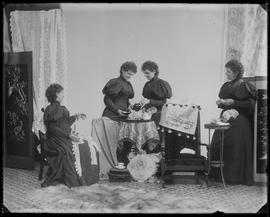 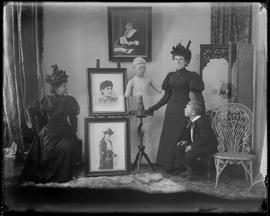 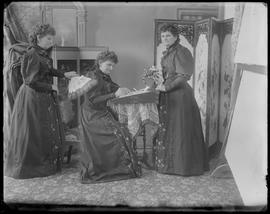 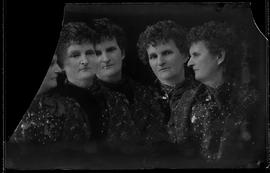 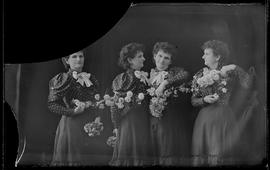 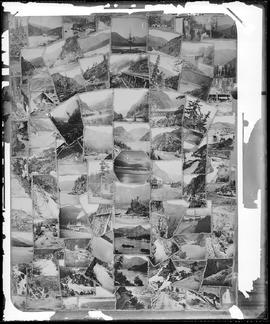 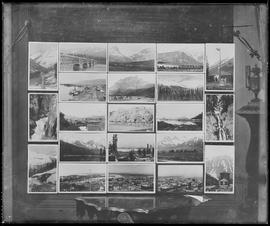 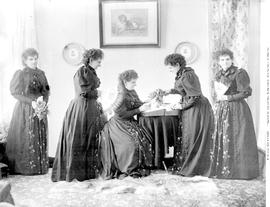 Found in BC Archives in 2008. Records in this series appear to have been part of a large purchase of Maynard glass plate negatives by the Provincial Government and the Provincial Library and Archives from Albert H. Maynard in the early 1930s.

Series consists of 41 photographs produced by Hannah Maynard of Mrs. R. Maynard’s Photographic Gallery between 1880 and 1899. Images were examples of Maynard's advanced technical photographic skill in producing experimental works such as photocollages, composites, cut-and-paste montages, photosculptures (referred to by Maynard as “living statuaries” or “statuary from life”) and double- or multiple-exposure portraits. Photographs were produced as commercial products and to promote Maynard's photographic portfolio. Some of the composite photographs feature landscape views attributed to Richard Maynard.

Some glass plate negatives are broken, chipped, and have cracked emulsion that may be missing. In some instances ink, pencil, and other friable media or paper is adhered to the surface of the plates.

Conservation restriction: Photographs in this series are glass plate negatives. Researchers should consult online reference images prior to consulting originals.