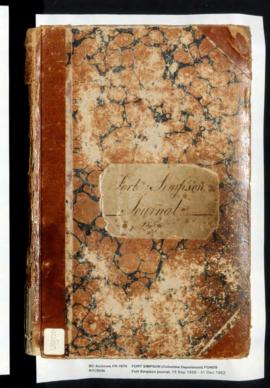 Fort Simpson was established by the Hudson's Bay Company in 1831 near the mouth of the Nass River, British Columbia. The fort was planned and constructed by Aemilius Simpson and Chief Trader Peter Skene Ogden. Simpson died there in September 1831 and the fort was named in his honour. In 1834 the fort was moved to the Tsimpsean Peninsula. The fort was closed in 1913 and in 1924 the name Port Simpson was adopted for the village in the 18th Report of the Geographic Board of Canada.

The custodial history of these records is unknown, however those with an M accession number are listed in the 1936 "M" series register (ADI0018).

Some conservation work was done in 1983.