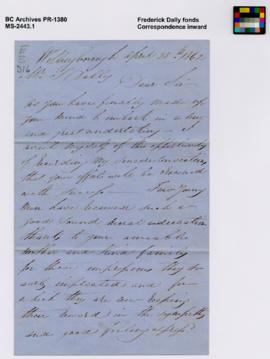 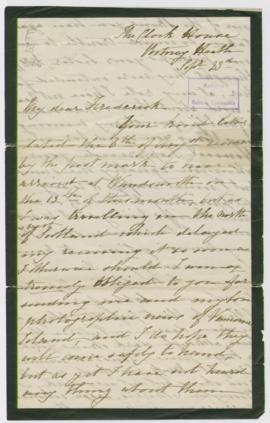 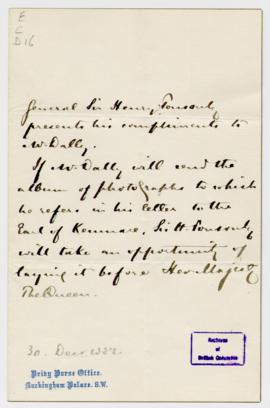 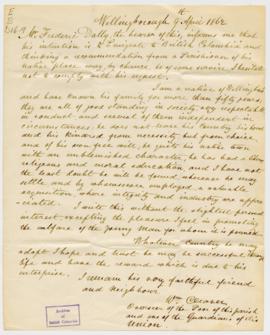 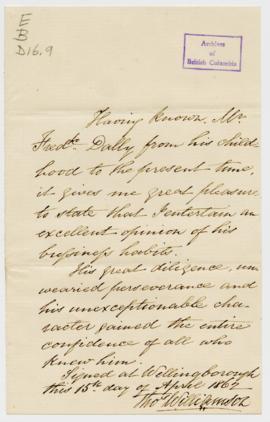 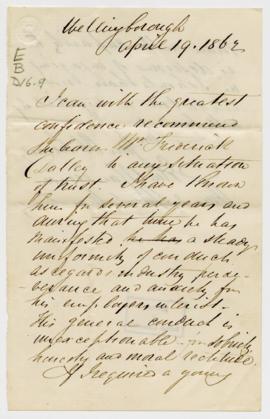 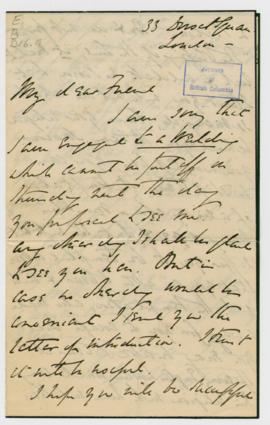 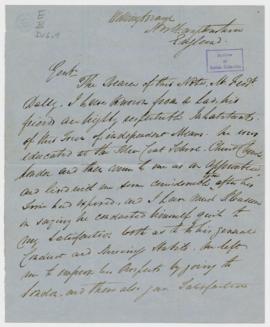 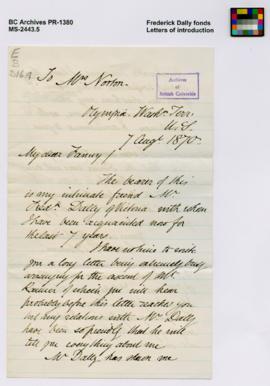 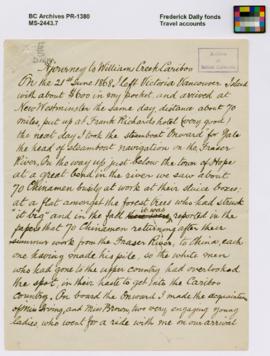 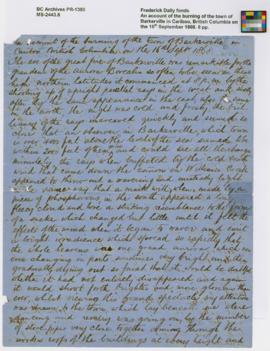 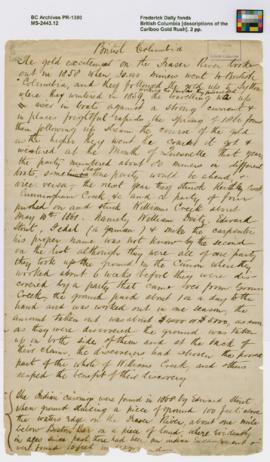 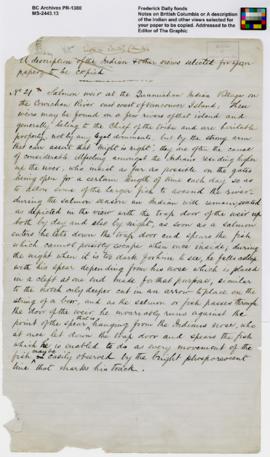 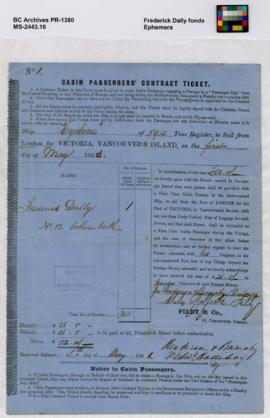 Frederick Dally was born in Southwark, London, England in 1838. He arrived in Victoria, British Columbia, in 1862, on the China Clipper “Cyclone.” In March 1864, Dally leased a store at the corner of Fort and Government streets, and in 1866 he opened a photographic studio in Victoria. Between 1865 and 1870, he took extensive photographs around Vancouver Island and in the Cariboo District.

In 1866 Dally accompanied Governor A.E. Kennedy on H.M.S. Scout for a tour of Vancouver Island and Nootka Sound with his primary purpose being to visit and photograph First Nations communities.

In 1867, Dally visited the Cariboo goldfields in the central interior of British Columbia, and opened for business in Barkerville. He remained here for one month before returning to Victoria after a brief stay in Quesnelmouth. He returned to the Cariboo and again set up shop in Barkerville the following summer. His studio was in operation for only two weeks before it was destroyed by the Barkerville fire on September 16, 1868. During his stays in the Cariboo, Dally photographed mines, towns, and scenery. By December of the same year, Dally had returned to Victoria and was again operating his studio on Fort Street.

In October of 1870, Frederick Dally travelled to Philadelphia where he enrolled in a dentistry program. He graduated in 1872, at which point he returned to England to practice dentistry.