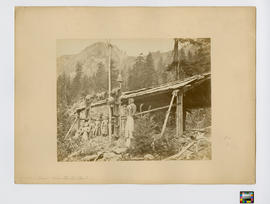 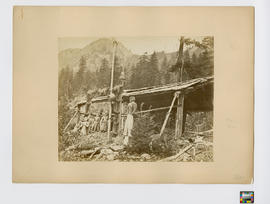 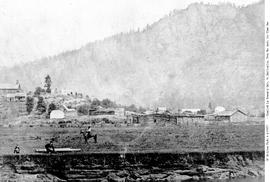 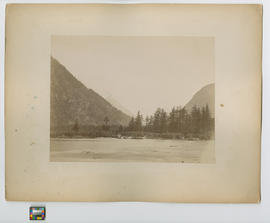 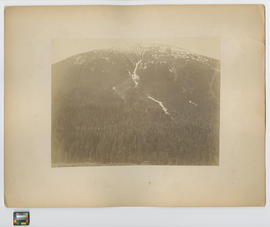 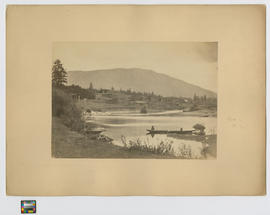 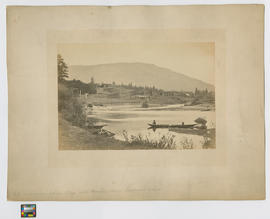 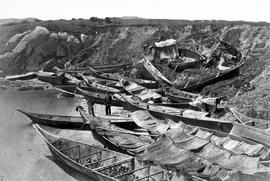 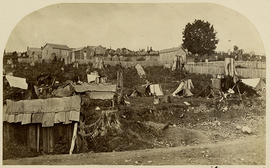 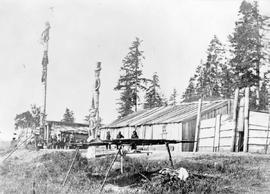 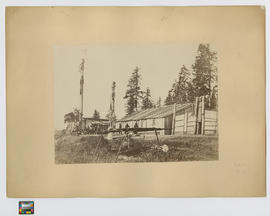 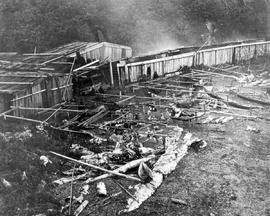 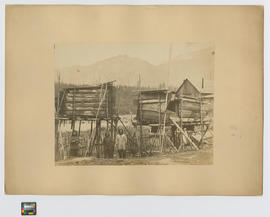 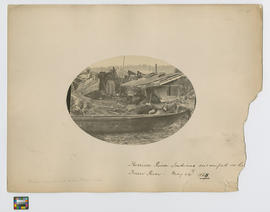 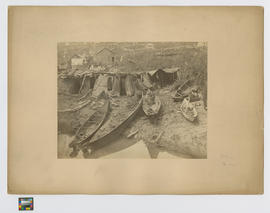 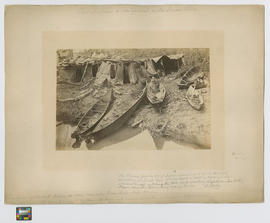 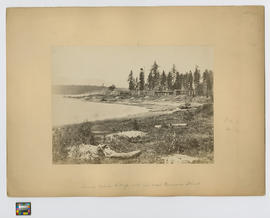 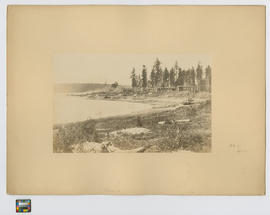 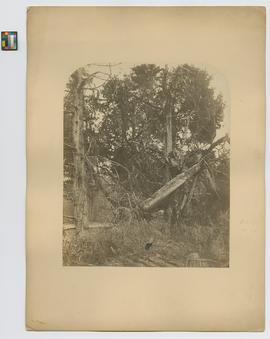 78 black and white albumen prints mounted on backings. In some cases more than one print is mounted on a single backing.

This accession is primarily a set of Frederick Dally mounted prints (1866-1870), annotated extensively by Dally himself. They include a large number of photographs of First Nations groups and communities. The accession also includes prints by Richard Maynard and Oregon Hastings, taken at later dates, showing scenery and sites around British Columbia, ca 1873-1879. Although the Dally, Maynard and Hastings prints are likely to have come from different sources, at different times, they were combined into one accession by the BC Archives during the 1970s as a way of managing a group of similar mounted items.

Unknown. The Dally prints have Lot numbers affixed, and are presumed to have been sold at auction at some point.

For conservation reasons, no access is provided to either the album or any of the original glass plates from which these views were produced.