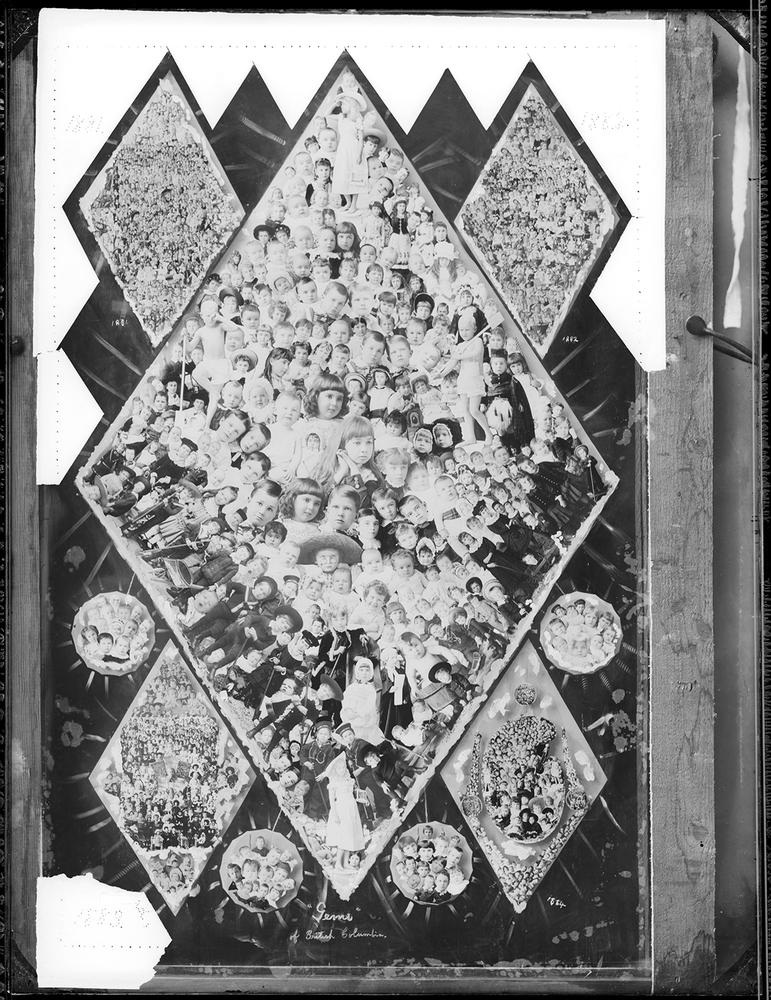 Gems of British Columbia for the year 1885

A photograph of one of the completed Gems of British Columbia works by Hannah Maynard, part of a series of photocollages created in the 1880s and 1890s. The image design includes a central diamond shape, surrounded by smaller diamonds and four circles located at the bottom half of the design. The smaller diamonds represent Gems from previous years. The portraits of children are included in all of the shapes. There are also at least two photo sculptures works, portraits of a girl standing, positioned at the top and bottom corners of the central diamond. This negative does appear to have been manipulated. Paper is adhered to the surface of the plate framing the photographic image, some of which is missing. Pinpricks around the edges of the paper add embellishment to the final design and the date information. The following dates composed of pinpricks are located on the paper mask adhered to the glass negative: 1881, 1882 and 1883. The following text is written on the plate at the bottom of the composition: Gems of British Columbia. Two tongs are visible, holding the framed work up to be photographed. It is attributed to being the Gem for 1885.

Another version is available under J-08011