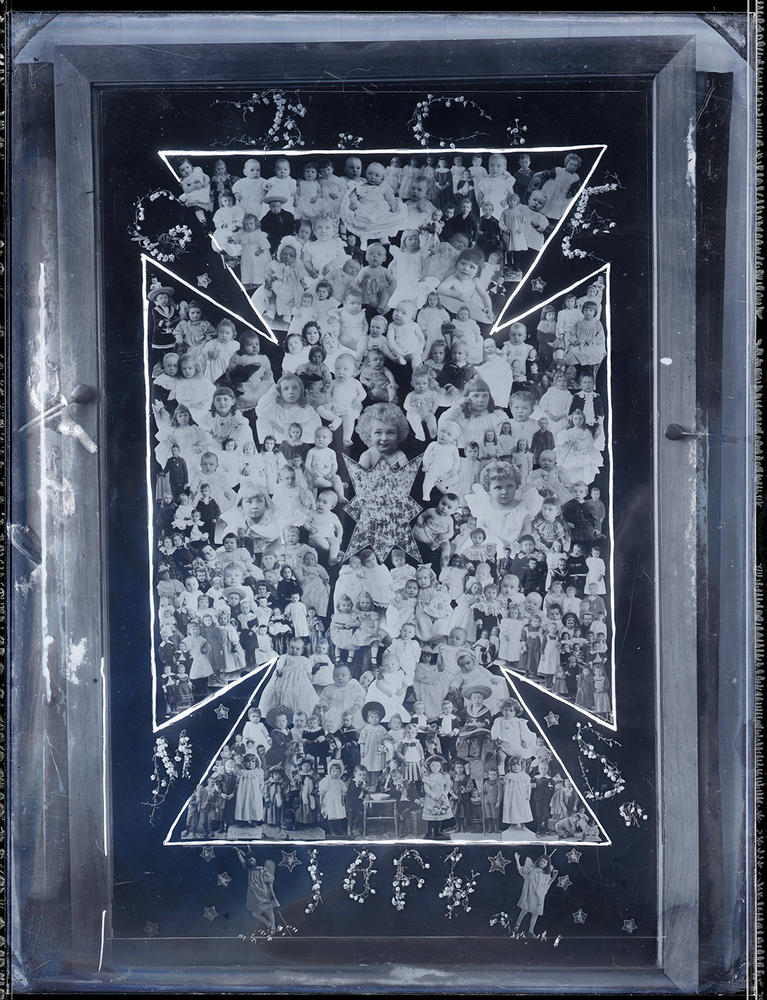 Gems of British Columbia for the year 1894

A photograph of one of the completed Gems of British Columbia works by Hannah Maynard, part of a series of photocollages created in the 1880s and 1890s. The image design includes a central cross-patee shape (with portraits of children situated inside), letters comprised of flowers and tiny stars. A small version of the Gems of British Columbia work attributed to 1893 is situated in the centre. The number nine in the date is upside down. This negative does appear to have been manipulated. There is an outline of a cross-patee shape draw in [ink] around the portraits of children and babies in this work. This is drawn on the plate adding embellishment to the final image. The following text is present on the image at the top: B.C. The following text is spelled out on the image, with letters placed at each of the corners of the cross-patee shape: GEMS. The following text is present on the image at the bottom: 1894. Two tongs are visible, holding the framed work up to be photographed in an unknown location. It is an alternative version to the work depicted in the negative described as J-04561. It is attributed to being the Gem for 1894.