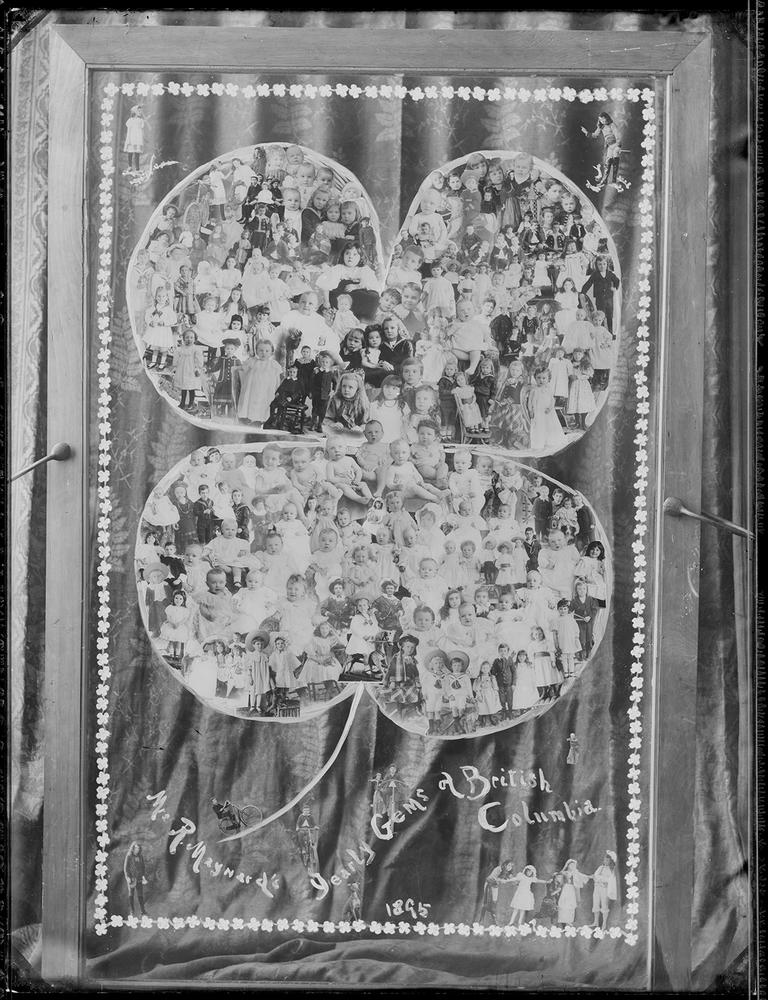 Gems of British Columbia for the year 1895

A photograph of one of the completed Gems of British Columbia works by Hannah Maynard, part of a series of photocollages created in the 1880s and 1890s. The image design includes a four leaf cover (with portraits of children situated inside), two children place at the top corners and several small scenes or individual people placed at the bottom section of the composition. There are several photographs of people cycling, perhaps Hannah Maynard and her grandson. This negative does not appear to have been manipulated. The following text is present at the bottom of the image: Mrs. R. Maynard's Yearly Gems of British Columbia 1895. Two tongs are visible, holding the framed work up to be photographed in an unknown location. A curtain or fabric backdrop is visible in behind the work. It is an alternative version to the work depicted in the negative described as J-04562. It is attributed to being the Gem for 1895.