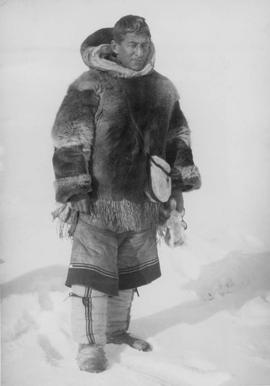 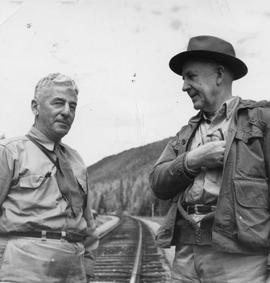 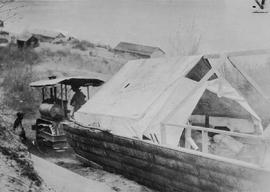 1.7 m of textual records and photographs

Guy Blanchet was born in Ottawa on February 12, 1884, and was educated in Ottawa and at McGill University, from which he received in 1905 a BSc degree in engineering and mining. In 1910 he received his commission as a Dominion Land Surveyor and joined the Topographical Survey Branch of the Department of the Interior. From 1910 until 1920 he was mainly engaged in surveying base lines and township outlines in the northern Prairie Provinces. During the 1920s he worked in the Northwest Territories, exploring, surveying and mapping in the vicinity of Great Slave Lake, along the Mackenzie River and in the Coppermine River area. From 1921 to 1923 he completed the federal survey of draining from Great Slave Lake to the Arctic Ocean and to Hudson Bay. He was the first person to establish the headwaters of the Coppermine River. Blanchet's position with the Department of the Interior was abolished in 1931, but he continued to work for the department on a contract basis. In 1928 and 1929, Dominion Explorers Ltd., a group of mining promoters lead by Colonel C.D.H. MacAlpine, attempted the first mineral survey work in the north to make use of aeroplanes. Blanchet was the leader of the expedition organized to supply the MacAlpine party, and, when the party was thought to have been lost between Baker Lake and Bathurst Inlet, organized the search for it, which involved the first widespread use of aeroplanes in the north. He wrote a book describing his experiences with the MacAlpine party, “Search in the North”, which was published by Macmillan of Canada in 1960. In 1942 and 1943, Blanchet located the route for the Canol oil pipeline from Norman Wells to Whitehorse. From 1951 to 1953, he was the chief surveyor for Trans Mountain Pipeline. Blanchet died in Victoria on August 17, 1966. He was survived by his wife Eileen, who died in 1971. In addition to articles on his experiences in the north, Blanchet wrote both poetry and short stories.

The fonds consists of correspondence, journals, drafts of his "Search in the North", as well as an autobiography, short stories, poetry and photographs.