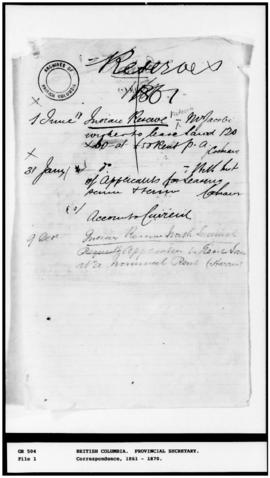 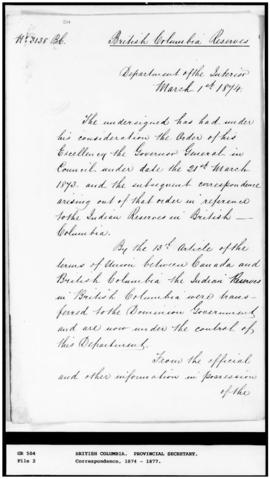 The mandate of the Provincial Secretary included all the powers, duties and functions held by provincial secretaries and registrars in other provinces of the Dominion of Canada. They included being the keeper of the Great Seal of the Province, with the authority to issue letters patent and commissions, and being the keeper of all registers and archives of the province and previous governments of the province. As with other departments, it was also the duty of the Provincial Secretary to make an annual report to the Lieutenant-Governor. The first annual report was produced in 1872.

This series consists of correspondence, petitions, accounts, statements of population, and reports relating to land of Indigenous peoples in British Columbia from the Department of the Provincial Secretary.

Accessioned by the BC Archives, 1979.