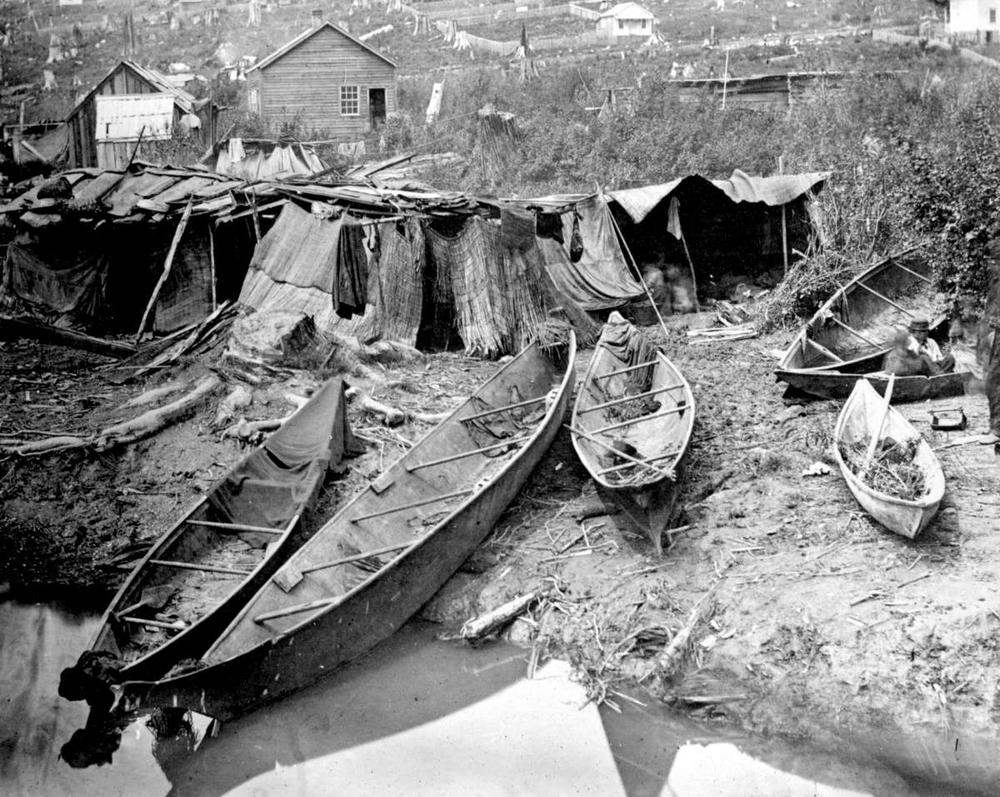 Item consists of a photograph of Musqueam camp on the bank of the Fraser River. Additional explanatory notes are included in the caption of this photograph in Dally album 5 (MS-3100.5): "Native woman examining a child's head (which moved) for native runners and immolating them when found between her teeth. Mosqueem [Musqueam] Indian encampment on the Fraser River. Queens Birthday Visitors 1865." The 1865 date appears in Dally's hand in the album caption, however it may be incorrect; Dally visited New Westminster in 1867.

The photograph appears in the following albums:

Restriction: Original negative for image HP057615 is a glass plate negative. Researchers should consult the online reference image or reference room copy prior to consulting the original.

Maynard Collection Plate #6 Indians encamped on the banks of the Fraser River.