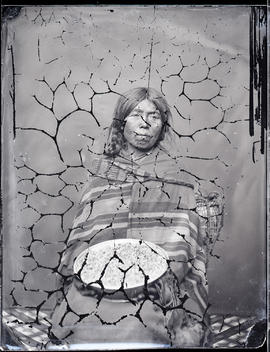 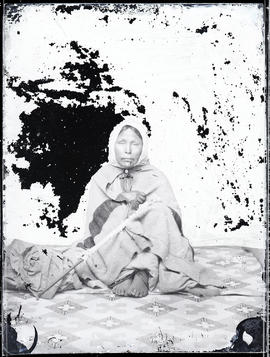 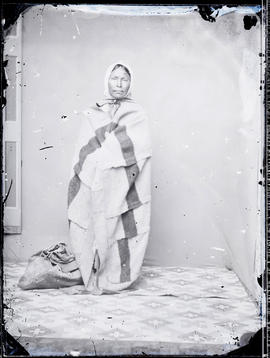 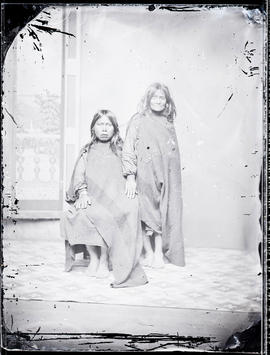 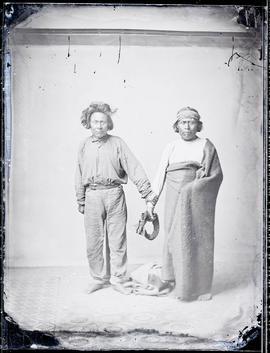 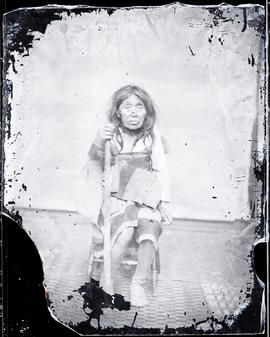 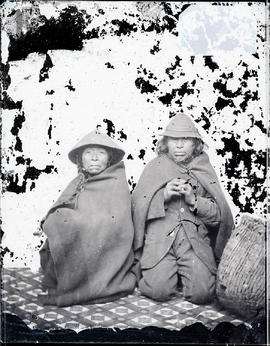 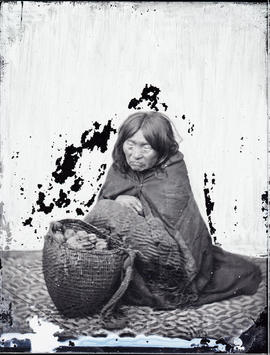 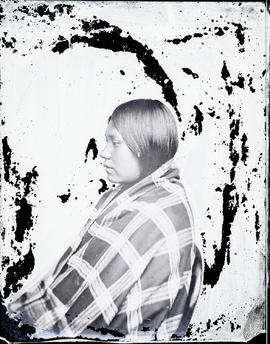 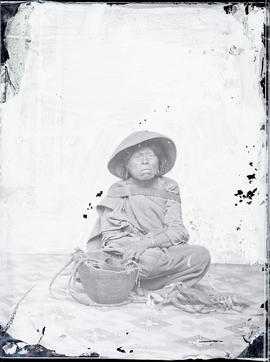 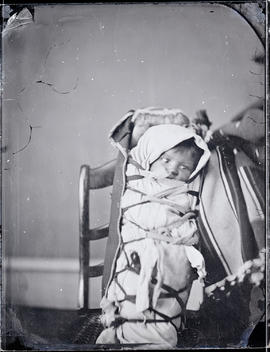 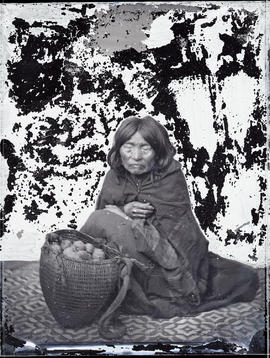 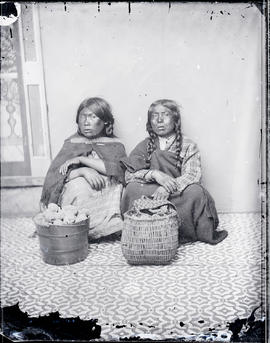 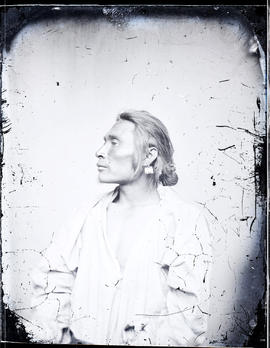 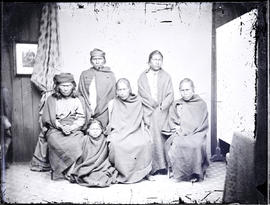 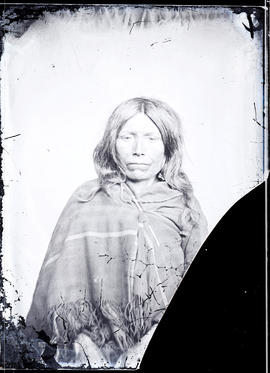 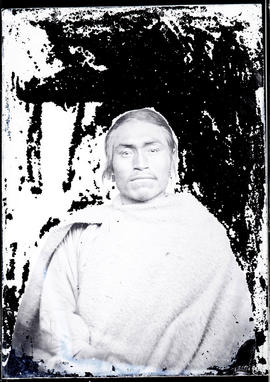 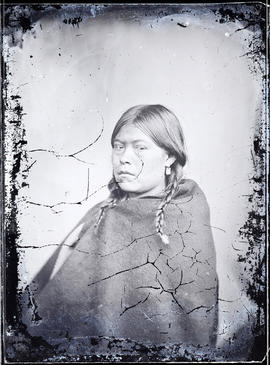 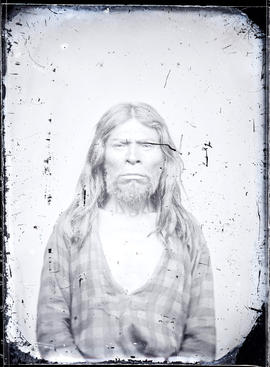 Found in BC Archives in 2008. Records in this series appears to have been part of a large purchase of Maynard glass plate negatives by the Provincial Government and the Provincial Library and Archives from Albert H. Maynard in the early 1930s.

The series consists of 76 predominantly studio portraits of Indigenous people in what is now known as British Columbia, taken between ca. 1862 to 1890. The majority of the photographs were taken by Hannah Maynard, however some are attributed to Frederick Dally and Carlo Gentile (perhaps others). Photographs were produced and marketed as commercial products popular during the 1860s and 1870s, such as 'cartes de visites', and, to a lesser extent, as personal portraits in the late 1880s. Maynard's studio produced conventional portraits as well as composite photographs which combined portraits with field photography landscapes. Indigenous communities and individual's names have been identified at the item level when known.

Some glass plate negatives are broken, chipped, and have cracked emulsion that may be missing. Many have areas intentionally removed or obscured to facilitate the creation of composite images or a plain background.

Associated Materials
Many of the photographs in this series are also available in the Indigenous Collections and Repatriation (ICAR) department. When known, their "PN" reference numbers are included at the item level.

A large portion of the portraits in this series represent photographic commodities and tourist products. They should be considered contrived images rather than authentic documents depicting First Nations and Indigenous lives.