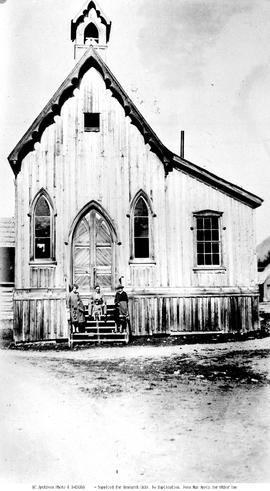 St. Saviour's Anglican Church, Barkerville; built shortly after the fire of 1868; the pews are made of local spruce and hand carved [Barkerville, The Day After The Fire Of September 1868] The series consists of one ledger that includes both advance and refund information as well as balances from the Barkerville Small Debts Court. The first ten pages of the ledger appear to have been used by the Government Agent in Barkerville, and ...

The series consists of two cause books from the Small Debts Court in Barkerville. The first, in accession 75-G-053, was created between November 1933 and September 1940. This volume also includes proceedings under the Deserted Wives Maintenance A...