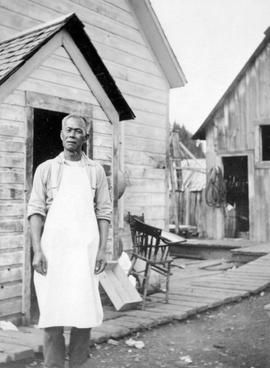 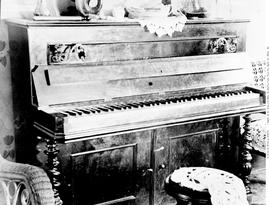 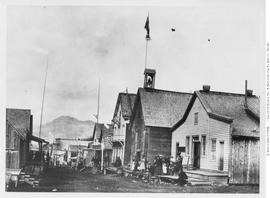 A street scene in Barkerville. 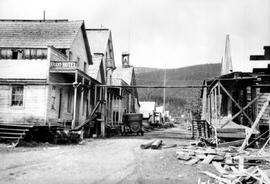 Probate/estate files, including letters of administration, 1914-1916. 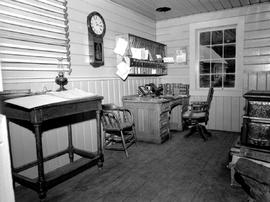 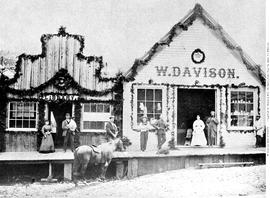 Barkerville Library, with Mr. and Mrs. John Bowron in the doorway; Mr. and Mrs. W. Davison in door of grocery shop 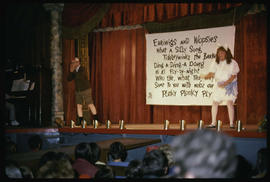 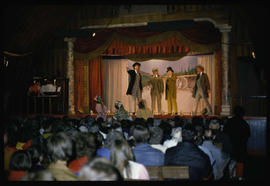 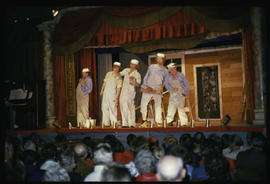 The series consists of 1 volume of grants of letters probate created in the Supreme and County Courts at Barkerville between 1941 and 1949. Forms typically include name and residence of deceased and the name of the executor(s). Records from Count... 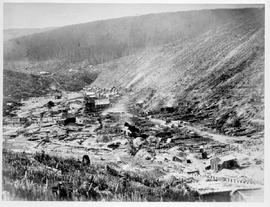 Barkerville after the fire, looking up creek from Cameron town [Camerontown] 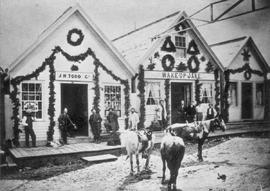 [Buildings in Barkerville decorated with greenery for the visit of Governor Anthony Musgrave in September 1869.] 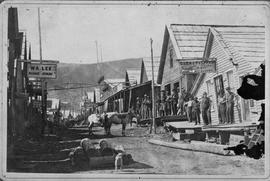 Barkerville main street before the fire