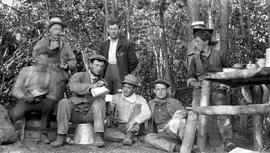 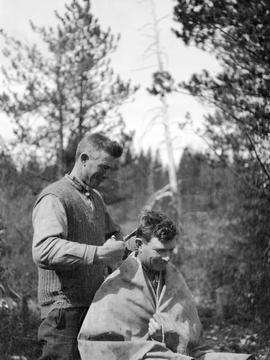 Swannell Survey; a day in camp. 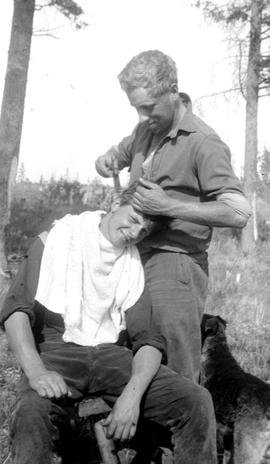 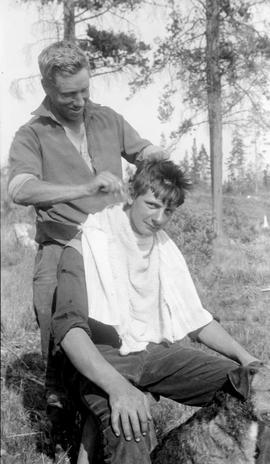 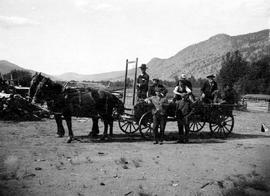 Survey freight wagon at O'Hara's ranch on the Bonaparte River 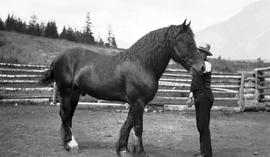 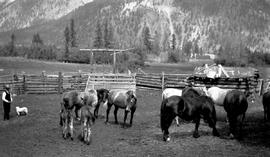 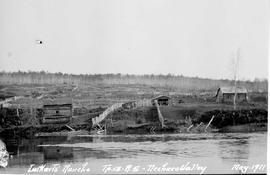 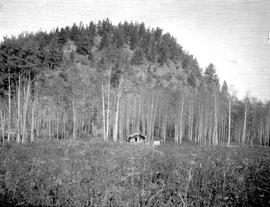 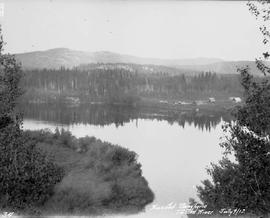 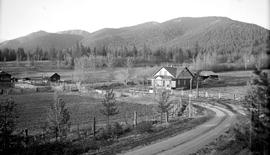 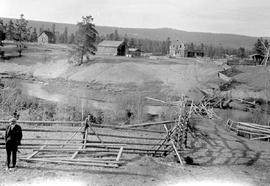 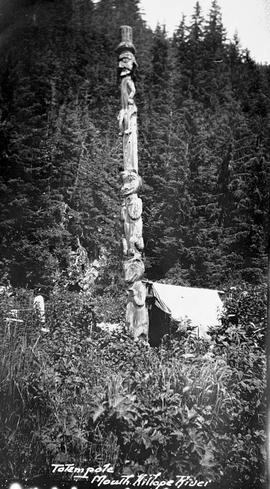 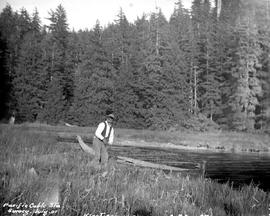 SUPPLIED TITLE OF TAPE(S): Ranching near Tatla Lake since the 1920s RECORDED: [location unknown], 1967 SUMMARY: An oral history interview with Leonard Butler, who migrated from Spokane to Tatla Lake in the 1920s. Surveying with Frank Swannell. Ranching on the Homathko River. Clearing land and trapping.; 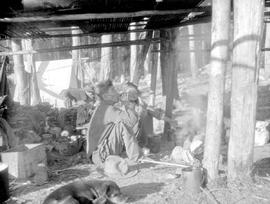 Siwash "Sundayman" and his wife at Tanya Lake. 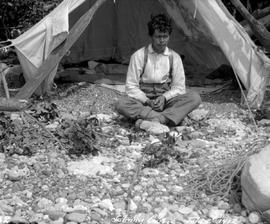 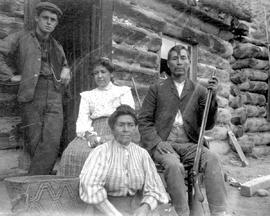 John Tetlanetza and family; of Lillooet. 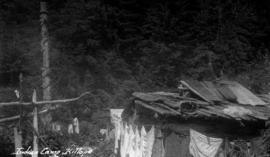 Totem pole in the village at the mouth of the Kitlope River. 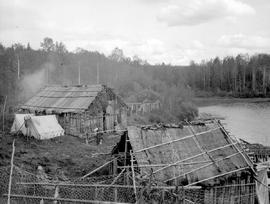 Smoke houses in an indian village on the Babine River. 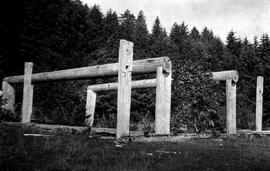 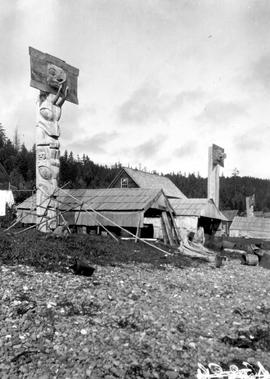 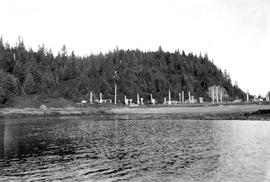 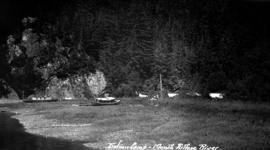 Indian village at the mouth of the Kitlope River. 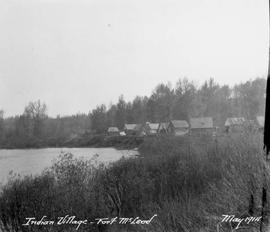 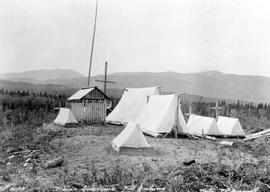