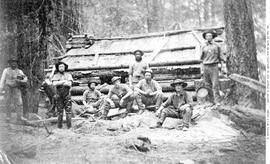 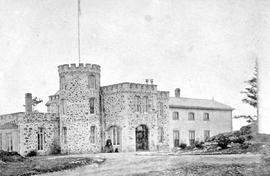 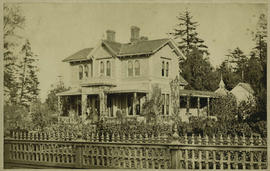 Image of Carr family on the porch of their house.

Glass plate negative of an Emily Carr painting of Kitwancool painted in 1928. 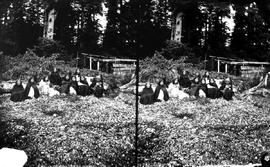 Stereoscopic photo of a group of First Nations 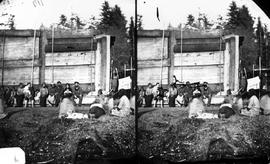 Group of natives at camp; from Newcombe collection box 7.16. 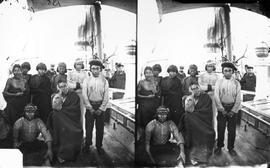 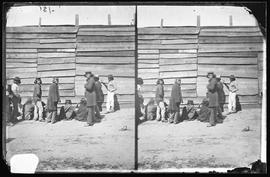 Group of natives standing in front of wall; from the Newcombe collection, box 7.16. 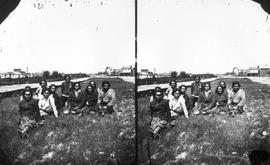 Group of natives on Douglas Street, facing south; from the Newcombe collection box 7.16. 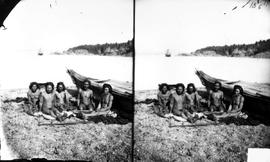 "Naked Indians at Nootka Sound"; five nude males seated on blankets next to canoe; HMS Boxer anchored in background; stereograph; photographer no. 17 and 136.

Stereoscopic view of "Fort Victoria 1842"; a decorative arch modelled on Fort Victoria, erected for visit of the Governor General, the Marquess of Lorne 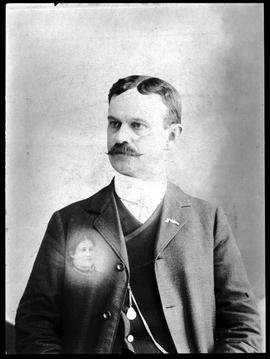 The item is a photograph of Albert Maynard with what may be his first wife, Adelaide Maud Maynard (nee Graham), shown inset just below his right shoulder. The photograph may have been taken after her death in 1892. 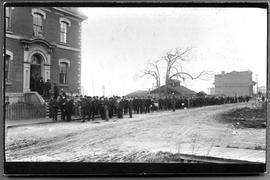 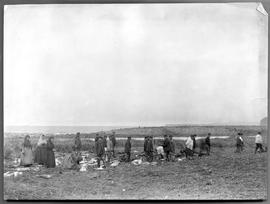 Indian hunting party at oceanside; it appears to be a duck or goose shoot, with the women cleaning the birds as they come down; box 44, file 1287. 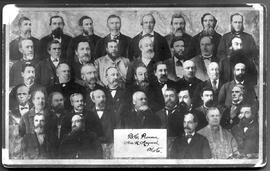 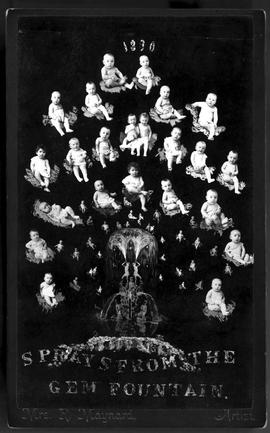 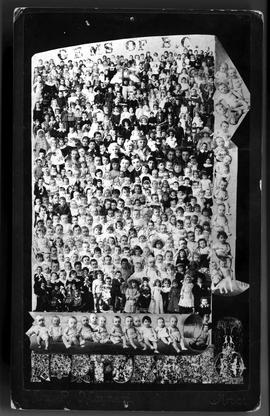 Sheep grazing in a field.