The item is a copy of a graduating essay by David R.B. Dendy titled "One huge orchard: Okanagan land and development companies before the Great War." University of Victoria, Department of History.

"The Okanagan Lake in year 1900: a true life story of old pioneers". Reminiscences of the daughter of George Buchanan Leckie Ewing who settled at Ewings Landing.

The file consists of photocopied information including a biography, 1980, of Eleanor Armour Jamieson Postill, early Okanagan Valley settler and mother of Mary Barnes; and reminiscences about Elizabeth Jamieson, grandmother of Mary Barnes, entitled...

Joy, Annamma, 1951-. Accommodation and cultural persistence: the case of Sikhs and the Portuguese in the Okanagan Valley of British Columbia.

Ormsby, Margaret. A study of the Okanagan Valley of British Columbia

Thomson, Duane. A history of the Okanagan Indians and whites in the settlement era, 1860-1920.

The item is an essay about the Okanagan School, written by Frank Morgan Buckland of Kelowna in 1947. Group of sisters, priests and 2 bishops The Prince of Wales at Penticton Ferry Aricia on the Westbank-Kelowna run 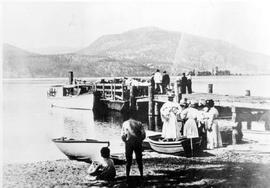 The Kelowna To Westbank Ferry 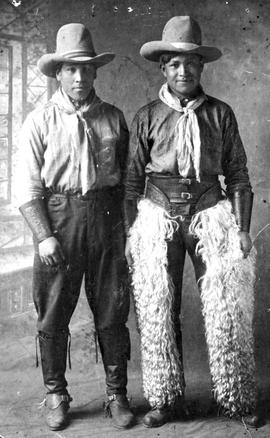