Documents relating to the Masons

The file consists of three documents relating to Thomas Lowe's involvement with the Masons. Two of the records are signed by Israel Wood Powell in his roles as Right Worshipful Master and later as Provincial Grand Master of BC. 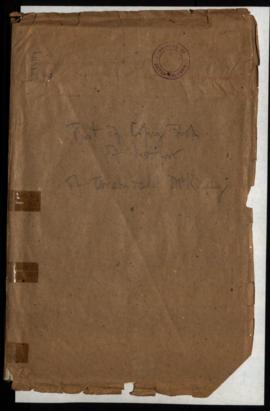 Letter to I.W. Powell regarding reserves

Item consists of one letter (copy) written by James Douglas to Israel Wood Powell, Superintendent of Indian Affairs. Douglas' letter is in response to a letter from Powell (9 October 1874) inquiring whether, during Douglas' tenure a Governor of British Columbia, there was a specific basis of acreage used in setting apart reserves. The series consists of a photograph album, possibly created by either photographer Edward Dossetter or Dr. I.W. Powell (Superintendent of Indian Affairs for British Columbia) in 1881-1882. The album contains 52 photographs, six illustrations apparently cut from a magazine or book and one postcard of an engraving.

The first 35 photographs were taken by Dossetter during the inspection of coastal Indian Reserves by Powell, on their 1881 trip on the HMS Rocket. The photographs are of First Nations people and villages. The album also contains a photograph of the Gorge in Victoria, seven photographs of celebration arches, four photographs of Esquimalt Harbour and two of Lytton, taken in 1882. These photographs may have been taken by Richard Maynard.

In addition there are six illustrations, mostly religious artworks, three photographs of Cornwall, England and a postcard engraving of a cannery. 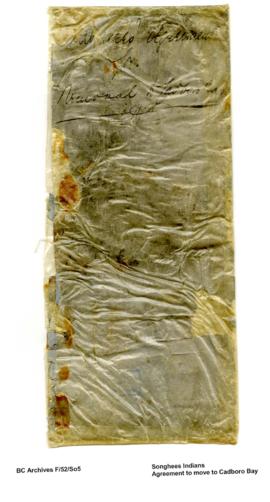