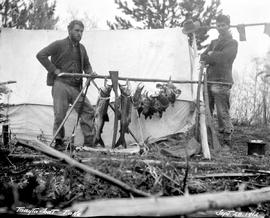 Frank Swannell and George V. Copley with string of trout