The series contains records created and accumulated by the Parks and Protected Areas Branch during consultations with Indigenous Communities in British Columbia regarding provincial parks and other protected areas.The records are arranged accordin...

Series consists of a history of the Eilbeck family.

"Aborigines of the Pacific Northwest."

Ministry of Lands, Parks and Housing films and videotapes

Ministry of Transportation and Highways films and videotapes

The series consists of films and videos created or acquired by the Ministry of Transportation and Highways, and its predecessor bodies, between 1935 and 1939 and 1958 and 2000.

Ministry of Forests and Lands films and videotapes

Office of the Premier audio, film and videotape

The series consists of one volume of the Creditor’s Relief Act procedure book. Typical entries include names of claimant and debtor, the amount of debt and costs, the date of judgement and a list of proceedings. Records are arranged chronologica... 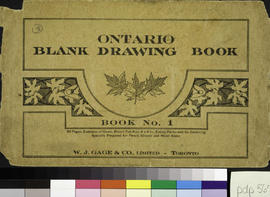 One sketchbook with 43 drawings by Emily Carr. The drawings appear to have been created on her 1929 trip up the west coast of Vancouver Island to Nootka Sound and another in 1930 to Quatsino Sound. They include sketches of landscapes, settlement...

Vol. 1 of index to judgments. This volume is the index through to vol. 22 of the judgments.

Includes postcards, photographs and sketches relating to the records of C.F. Newcombe and W.A. Newcombe.

Includes photographs, paintings, drawings and prints about and relating to the Crease family.

By-laws (nos. 1-78) from the Corporation of the District of Central Saanich signed by Reeves Sydney Pickles (1951-1954) and H. Rupert Brown (1955-1957). Also a copy of a zoning map of Central Saanich showing commercial and industrial designations...

Census of 1871 finding aid. PABC (BC Archives) does not hold a copy of the census records for 1871. A microfilm copy is available at PAC (now National Archives of Canada).

Notes and cuttings on H.M.S. Condor, Glendale Cottage, Armadale House and William John MacDonald. This unit also contains a transcription of a letter dated 8 June 1864 from Henry Solomon of Augusta, Georgia to his brother N.E. Solomon of Victoria.

Indexes to exhibits and correspondence

Part of Commission on Property Assessment and Taxation, 1975

Exhibits, interrogatories, general files, clippings, printed matter, indexes, guides and synopses. Use of this finding aid may be accompanied by use of the card index (BOXES 1-4) and guides and synopses (BOX 5) compiled by the staff of the Commis...

This series consists of records related to land resource management planning activities, specifically those of the First Nations Working Group of the Integrated Resource Planning Committee who were responsible for the inquiry into First Nations’ c...