"British Columbia mining adventure": letter-book copies of the letters Evans wrote to H.B. Jackson, who financed the group of Welsh miners Evans brought to British Columbia, to keep him informed of the group's activities, progress,... Williams Lake; showing the back of Lake House 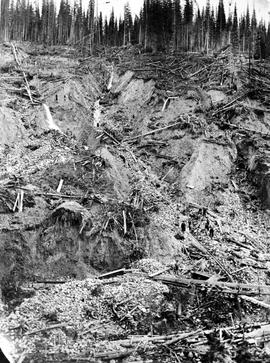 The series consists of 8 balance sheets covering the period May to December 1867 for the post office at Quesnelmouth, later known as Quesnel. The forms were signed by Frank Trevor, the local postmaster, and were forwarded for examination to A.T. B...

Kleena Kleen; Grave Of One Eye Cariboo Land District, lot registers, lots 1-11700, superceded, 1951 (i.e. no further entries were made after 1951). This series was the one that superceded the volumes found in GR-2591. The registers list lots in numerical order and record the al... Part of Eva May Phillips fonds