Stock shots. At Patricia Bay Airport, a Martin Mars airtanker is shown being towed to a beaching ramp, testing its spray tanks while afloat, and taking off from the water. Filmed March-April, 1960.

Unedited footage. Footage of the Martin Mars flying boat, the world's largest fire-fighting aircraft. A Mars is seen on the tarmac and in the water at its Sproat Lake base on Vancouver Island. It is also seen in flight, dropping water on a f...

Footage. According to Lew Parry, the uncompleted film TIDEWATER FREEWAY was to be a technical film on the dredging and compacting of underwater fill to create a highway grade on tidal flats near White Rock. 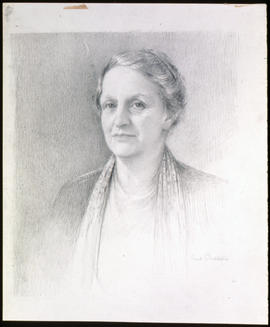 Amateur film. May Day celebrations at Kamloops in 1928. Scenes from road trips along the Merritt road, along the highway to Shuswap Lake, and along the Monte Lake route to Vernon area.

[May Day and scenes at Salmon Arm ; Queen Wilma]

Footage. "Part of a four-reel compilation of May Day celebrations and miscellaneous scenes of Salmon Arm, British Columbia during the 1930s." (NAC description)

Special event footage. "Parade marching along Hasting Street. American band (?). Highland band. Shriners. Pageant in Stanley Park (colour): ladies in crinolines. This may have been a PNE parade, but is not identified. MAY DAY PARADE: This i...

[May Day scenes at Salmon Arm]

Footage. "Part of a four-reel compilation of May Day celebrations and miscellaneous scenes of Salmon Arm, British Columbia during the 1930s." (NAC description) The item consists of one painting by Lionel Grimston Fawkes. The title is not known but appears to depict Mayne Island, which Fawkes came to in 1925. News item. Unidentified woman says she would support a strike against ICBC rates, and suggests that people not pay them. Good close-up shots of some protesters at Legislature. Sound is poor.

News item. Mass rally and march on 15-Jan-1976, presumably to protest ICBC rate increases. Some placards read: "McGeer is a secret agent for Allstate Insurance!"; "How do I get to Jordan River???"; Why should we suffer for IC...

News item. The regional board and Health Minister Bob McClelland have decided that Helmcken Road, rather than View Royal, will be site of the new hospital. Planning for construction can now begin.

News item. Conservative MP Allan McKinnon says that the Parti Quebecois could be in power in Quebec within 8-10 years after next election. The rest of Canada would have to make a decision with regards to Quebec's independence and how this wo...

News item. Conservative MP Allan McKinnon talks about intercontinental missiles, the inevitability of nuclear war, and the Trident submarine base.