People in landscape : In and around Lytton

SUMMARY: This program deals with the history of Lytton and area, including the arrival of Simon Fraser, and the contributions of missionaries, native people, and ranchers. Voices heard include: Rose Baker, Rosie Skuki, Sophie Steffens, and Tommy ...

Record book from Assizes at Kamloops, Clinton, and Lytton

Record book from Assizes at Kamloops, Clinton, and Lytton, June 1885 - Dec 1894; Oct 1904. This volume is a combination of record book, minute book, judgments, and bench book. 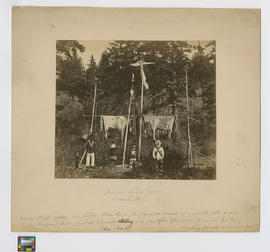 Documentary. The historical background of Fraser River jade, and how it is cut, shaped and polished to make jewellery. Filmed in the Lytton area, especially at Ron Purvis' jewellery workshop on his ranch at Texas Creek. The "Buddha...

Footage. A travel film presenting outdoor attractions and community life along the highways linking the Fraser Canyon to Clinton and Lillooet. Featured are swimming, fishing, hiking, sightseeing, motoring through the Fraser Canyon and accommodatio...