Settlers building homes on the Fruitlands Estate at Kamloops, BC. 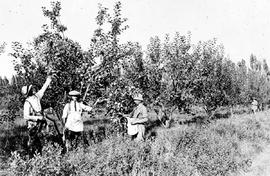 Pickers at work in Fruitlands orchards, Kamloops, BC Calendars for Supreme Court and General Assizes and dockets from County Court. They indicate the date, place and level of court, name of the accused, Indictment, finding of the jury, plea, verdict and sentence. They are signed off by the judge o... 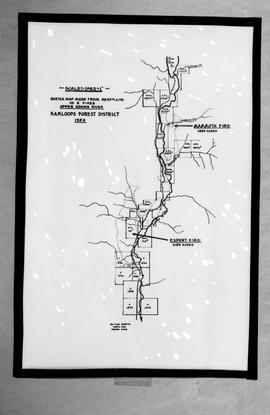 Mosaic and flat map for Mammoth and Export fires

Series consists of Railway Belt timber berth administration files from the Kamloops Forest District. Timber berths were an area based system of timber tenure established by the Dominion (Federal) Government in 1872.Under the British Columbia Term...