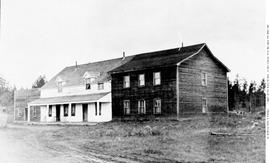 Legend of the west

Travelogue. Scenic and recreational attractions of the Cariboo-Chilcotin, from Cache Creek and Lillooet to Barkerville. Footage includes: PGE trains in Lillooet-Fraser River area; Lillooet Indians dip-net fishing and drying salmon along the Frase... 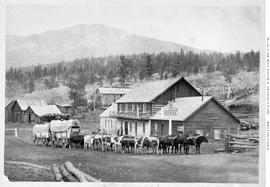