The series consists of one ledger that includes both advance and refund information as well as balances from the Barkerville Small Debts Court. The first ten pages of the ledger appear to have been used by the Government Agent in Barkerville, and ... 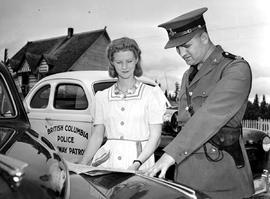 CALL NUMBER: T0625:0001 RECORDED: [location unknown], 1964 SUMMARY: TRACK 1: Mr. William (Bill) Broughton recalls the Chilcotin region of the 1930s. Mr. Broughton describes his life as he was born in Alexandria; his family; a description of Lill...