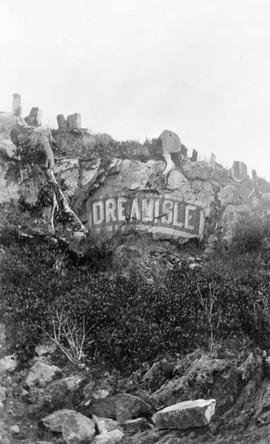 "Victoria by the Grace of God..."; Charter of Grant of Vancouver Island to Hudson's Bay Company

The item is a composite print of a promotional film made in 1956. It is a public relations film on mainland-Vancouver Island cable. The soundtrack matches that of 132,000 Volt Submarine Cable : [short version] and the footage is similar, if not i...

A job for you

A ship is born

Industrial film. The design, construction and operation of the wooden-hulled fish packer "Canfisco", whose launching coincided with the fiftieth anniversary of the Canadian Fishing Company. Includes scenes at the shipyard, in Vancouver ...

Acts of the Legislature of the Colony of Vancouver Island

This series consist of Acts of the Legislature of the Colony of Vancouver Island. Original manuscript copies signed by Governor Kennedy, 1965.

The item consists of a reel of 16 mm film which includes the following items:D. At Cawston, an entire unprofitable apricot orchard is cut down. The cut trees are shredded and dispersed as mulch. At Revelstoke, three deep wells are being drilled... The item is a typescript copy of an essay titled "An early note on the Island, 1912," which contains an account of Leonard Humphreys' trip from Liverpool to Vancouver Island. As it was : [Christmas past]

Public access. Trevor Goodall talks about Christmases past in the Alberni Valley.

The item is a reel of film out-takes, from 1941 to 1961. Out-footage from various BC Government Travel Bureau films, including "Vancouver Island" (the 1941-1942 version); Okanagan footage from "A Date with British Columbia" (19...

News item. Two news items (broadcast August 25 & 26, 1982) about a forest fire in Strathcona Park, near Campbell River. The fire is out of control. A park resident claims that his original report of the fire was ignored.

Back to back : A Vancouver Island home industry

Documentary. "How the famous Vancouver Island sweaters are made by Indian women on the [Koksilah Reserve, Duncan, B.C.], from the selecting of the sheep to the ready-knit sweaters." Knitter Mary Ann Modeste is featured.