A proud past : [Jack Carradice interview]

Interview. Jack Carradice discusses the history of the British Columbia Forest Service in an oral history interview recorded for use in the documentary A PROUD PAST.

SUMMARY: "Slocan II" is a collection of interviews with Slocan Region residents about logging, the BC Forest Service, water quality and the Valley Resource Society.; 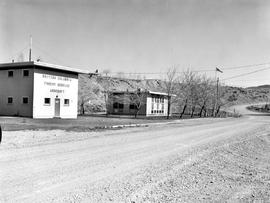 The series consists of indexes to correspondence files relating to the administration of Crown lands and natural resources. The records were created in 1980 from a computer print-out of various departmental indexes and includes references to file...

The series consists of records of the Lake Cowichan Ranger District of the Ministry of Forests, 1928-1980. It includes correspondence files, cutting permits, and inspection reports relating to tree farm licences, timber leases, and timber marks. I...

The series consists of a photocopied file list of 0 series correspondence files, showing disposition of files. It was created by the Surveys and Land Records Branch in 1982 from a computer print-out.It includes references indicating the following...

Public Information and Education Division files consisting of correspondence of the Minister of Lands, Forests and Water Resources on controversial matters including: multiple use in the Nitinat Triangle (1972) and Fry Creek (1972-1973) areas, and...

Study of the organization and administrative systems of the Forest Service together with recommendations for departmental reorganization done by Stevenson and Kellogg Ltd., Management Engineers for the Ministry of Lands and Forests, presented to E...

Miscellaneous papers of Project 87. This project was established in 1981 to do research in preparation for the 75th anniversary of the Forest Service in 1987 and to facilitate transfer of archival records to the Provincial Archives. This unit co...

Civil service specifications and other material