The file contains selection of unique film items found among the miscellaneous footage transferred from BC Hydro to the BC Archives in 1992. This material is apparently unrelated to any completed BC Hydro film productions.040.01: A.I.B. [wage/pri...

Amateur/Experimental film. Video copy of various films in the collection of Stanley Fox, including material shot by Fox and by other film enthusiasts.1. "Early Vancouver, c.1946/47": Includes footage of downtown Vancouver, Granville Str... 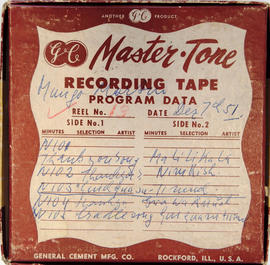