The series consist of the personal records of Margaret Hart, as well as records pertaining to the Hart family. Many of the records relate to Hart's children, Ellen, Ted, and Josephine, and include correspondence written by the children to the...

Pacific Station records consisting of correspondence, memoranda and reports accumulated by the Commander in Chief of the Pacific Station at Esquimalt. A subject index to volumes 1-22 is located in GR-3257. Volumes 23-39 have not been indexed.Purc...

The item consists of film footage of W.A.C. Bennett around 1969. Standing at a podium, Premier W.A.C. Bennett speaks on various issues: Quebec loan from BC of $100 million; inflation; anniversary of BC's entry into Confederation (1971), etc.

The item consists of film footage showing the CPA first trans-Canada flight in May 1959. Preparations inside hangar at Vancouver International Airport; tractor pulling airplane out of hangar; plane lands and taxis; passengers boarding and disemba...

The item consists of a film of three prints spliced together showing slow-motion footage of the Ripple Rock blast, April 5, 1958.

The item consists of a negative reel of news footage showing the Queen Mother's visit to Vancouver and Edmonton in January 1963 including shots of people planning tour (looking at a map); ship's (?) officer studying map; snowfall in Vanc...

The series consists of correspondence inward and outwards, 1925-1943 with gaps; monthly and annual reports and lists of donations received by the Archives Department of the Provincial Library, 1919-1929, 1934. It also includes Provincial Library ...

The series consists of correspondence created by the Provincial Library between 1942 and 1945 and contains requests for information necessary to military intelligence.

The series consists of records created by the Child Welfare Division between 1940 and 1947. The records include case files, arranged alphabetically by surname of the individual case, of the Children's Overseas Reception Board, under the dire...

The file consists of speeches given by S.N.F. Chant (Dean of Arts at the University of British Columbia between 1949 and 1964): On university freedom, 1967, and The future of higher education in British Columbia, 1969.

Papers of the Educational activities subcommittee of the Canadian Confederation Centennial Committee of B.C.

The series consists of papers of the Educational activities subcommittee of the Canadian Confederation Centennial Committee of BC created by the Dept. of Education between 1964 and 1967. 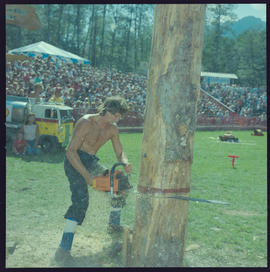